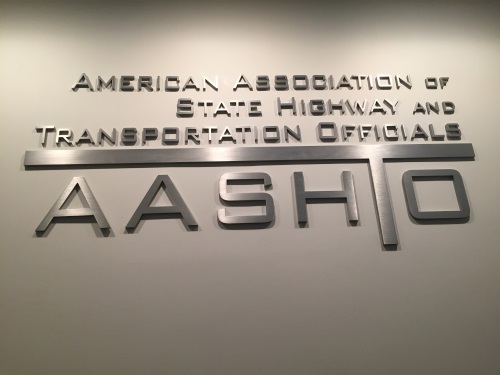 The American Association of State Highway and Transportation Officials filed a comment letter on May 6 in accordance with the U.S. Department of Transportation’s Federal Register notice issued back on Feb. 5 that seeks industry input regarding revisions and/or updates to its existing regulatory guidance documents.

“Project delivery could be significantly streamlined, especially for larger and more complex projects, by allowing NEPA approval to be granted subject to compliance with fiscal constraint and air quality conformity requirements prior to construction,” AASHTO noted in its letter.

[Editor’s note: The USDOT is already working to streamline NEPA requirements via a final rulemaking issued in November of last year, with AASHTO also providing comments on that regulatory overhaul.]

“Changes in administration can also result in new rulemakings,” it said. “As a result, guidance becomes outdated, and outdated guidance can be misleading. Periodic efforts to review and update agency guidance therefore are critically important.”

Yet AASHTO also emphasized that “guidance should not be used directly or indirectly to impose new requirements” while “rescinding or automatically ‘sunsetting’ outdated guidance is not necessarily helpful and can have unintended consequences” as many state DOTs may be relying upon portions of that guidance for ongoing projects and activities.