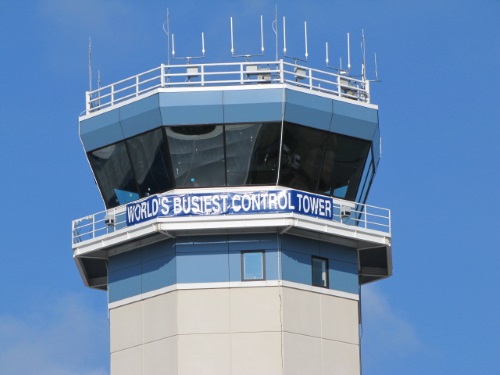 A 107-page “aerospace” forecast released by the Federal Aviation Administration on April 30 predicts that aircraft operations will increase more than 25 percent over the next 20 years, while the commercial drone fleet is expected to nearly triple by 2023.

According to the FAA Aerospace Forecast Fiscal Years 2019-2039, U.S. carrier domestic passenger growth over the next 20 years will average 1.8 percent per year, while revenue passenger miles will increase by 2.2 percent a year between 2019 and 2039.

“With increasing numbers of regional and business jets in the nation’s skies, fleet mix changes, and carriers consolidating operations in their large hubs, we expect increased activity growth,” the agency said in its report.

Operations at FAA and contract towers are forecast to grow 0.9 percent a year over the forecast period with commercial activity growing at five times the rate of non-commercial general aviation and military activity. “Large and medium hubs will see much faster increases than small and non-hub airports, largely due to the commercial nature of their operations,” the FAA noted.

Among the 30 largest hubs in the country, airports predicted to expand the fastest will be those located along the coastal sections. “Large cities have historically shown to generate robust economic activity, which in turn drives up the airline demand,” the FAA said. “On the other hand, the airports forecast to have slower annual growth tend to be located in the middle of the country.”

The agency added in a statement that it plans to meet this growth in air travel with “robust infrastructure investments” through the Airport Improvement Program.

Those responses, in turn, will generate more “demand forces” on the part of consumers the agency noted – for commercial package delivery, routine blood delivery to hospitals, search-and-rescue operations, and such – that are “somewhat latent and at the experimental stage at present.”

Yet a three-fold increase in drones registered for commercial use over the past five years “provides tremendous opportunities for growth in employment associated with commercial activities of UAS,” the FAA emphasized. “The potential may enhance even more if larger UAS are used in commercial activities and urban air mobility becomes a reality in the near future.”