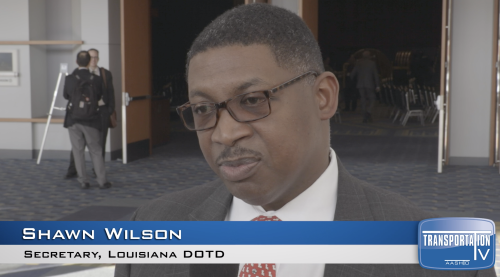 The American Association of State Highway and Transportation Officials has appointed Shawn Wilson, secretary of the Louisiana Department of Transportation and Development, to a two-year term as chair of its Agency Administration Managing Committee.

Formerly chair of AASHTO’s Council on Water Transportation, Wilson has served as secretary of the Louisiana DOTD in January 2016.

He began his career at the agency in 2005, where Wilson became known as an “all-purpose problem solver” for the two previous secretaries: talking to state lawmakers, making telephone calls, meeting with reporters, coordinating special events and answering questions from local government officials.

Since his appointment as transportation secretary over three years ago, Wilson has been “a tireless advocate” for new revenue, maximizing available Federal dollars for state projects while advancing a “balanced and comprehensive transportation policy” and ensuring the Louisiana DOTD continues to be “more collaborative in its work at every level.”

“We have a multimodal system here in Louisiana, made up of highways, bridges, waterways, airports, and rail,” he explained during a press briefing on the importance of infrastructure back in March. “It is a huge economic driver in terms of what we do.”

Wilson earned a bachelor’s degree in urban and regional planning from the University of Louisiana and holds a both a master’s degree in public administration and a Ph.D. in public policy from the Nelson Mandela School of Public Policy and Urban Affairs at Southern University.