FCC Encouraged to ‘Stay the Course’ and Keep 5.9 GHz Spectrum for Transportation Use 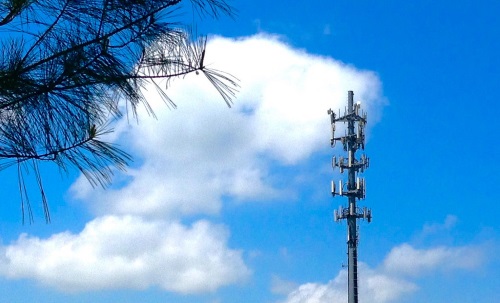 State departments of transportation and the U.S. Department of Transportation urged Federal Communications Commission Chairman Ajit Pai to continue reserving the 5.9 GHz wireless spectrum for transportation communication needs, after Pai openly championed its re-evaluation via a proposed rulemaking initiative during a speech on May 14.

“Given the swirl of the debate and the vast technological changes that have occurred since the commission allocated the 5.9 GHz band 20 years ago, I believe that the time has come for the FCC to take a fresh look at this band,” Pai said during his remarks at the 2019 Wi-Fi World Congress, held in Tysons Corner, VA, this week. “We should open up a rulemaking proceeding, seek comment on various proposals for the band’s future, and use the record that we compile to make a final decision on how the band should be allocated.”

However, Pai decided to delay his 5.9 GHz rulemaking proposition after a “personal appeal” by U.S. Secretary of Transportation Elaine Chao.

“As a result, it will not be on the June meeting agenda,” FCC spokesperson Brian Hart told Politico. “Chairman Pai looks forward to taking up this issue in the future.”

Pai originally outlined several options in his speech such a rulemaking effort could consider: “First, we could maintain the status quo. Given the history of and outlook for DSRC [dedicated short range communication] I am quite skeptical that this is a good idea. But we shouldn’t rule it out entirely before we even begin a review of the band’s future.”

That doubt over the viability of DSRC flows in part from an announcement Toyota made in April when it decided to “pause” its plans to install DSRC on its vehicles in the U.S. starting in 2021.

“This decision is based on a range of factors, including the need for greater automotive industry commitment as well as federal government support to preserve the 5.9 GHz spectrum band for DSRC,” the automaker said at the time. “We will continue to re-evaluate the deployment environment as we work toward creating a safer and more efficient driving ecosystem.”

The FCC’s Pai also suggested allocating the 5.9 GHz band for cellular vehicle-to-everything or C-V2X communication technologies or automotive technologies in general. “I know that many in the automotive industry are interested in ideas like these, and I believe that they merit thoughtful consideration,” he said.

Finally, he suggested an option whereby the spectrum could be “shared” unlicensed devices and automotive communications technologies in the lower 45 MHz of the band, while reserving the upper 30 MHz exclusively for vehicle-to-vehicle technologies.

Jim Tymon, executive director of American Association of State Highway and Transportation Officials, cautioned the FCC against opening up the 5.9 GHz band to non-transportation technology use.

“The 5.9 GHz band has been part of the spectrum that has been reserved for use for life-saving transportation technologies,” he explained in a statement on May 15. “At a time when we are trying to get to zero traffic fatalities, the FCC should stay the course and not give up the spectrum that the transportation community has been counting on, and has already made considerable investments in, to help save lives.”

Shailen Bhatt, president and CEO of the Intelligent Transportation Society of America, supported keeping the 5.9 GHz spectrum reserved for transportation use, adding in a statement that “it is time to move past the regulatory uncertainty that has hung like a cloud for the past six years and provide automakers as well as road operators the environment they need to make our roads safer and save lives.”

The Institute of Transportation Engineers also stressed the importance of preserving the 5.9 GHz spectrum as a way to boost transportation safety.

“At a time when connected and automated vehicle technologies are just emerging into the marketplace, removing or compromising the 5.9 GHz spectrum set‐aside for transportation safety purposes could hinder the development of safety applications and hamper our ability to save lives,” Jeff Paniati, ITE’s executive director and CEO said in a statement. “Reducing the annual death toll on our nation’s highways should be of paramount importance.”