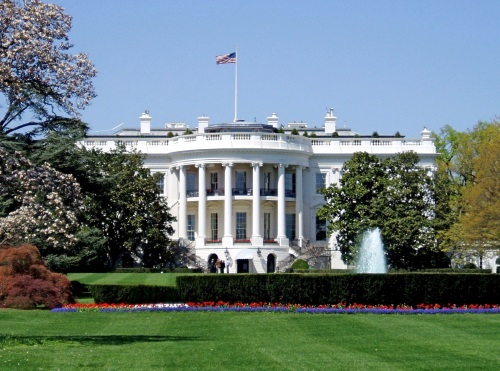 In dramatic fashion, President Trump walked out of a planning follow-up meeting with Congressional leaders on May 22 at the White House that aimed to discuss how to pay for a $2 trillion infrastructure spending package proposed on May 3.

With discussions over a $2 trillion infrastructure package apparently dead in the water, Rep. Peter DeFazio, D-Ore. – chair of the House of Representatives Committee on Transportation and Infrastructure – said he will now focus on reauthorizing the Fixing America’s Surface Transportation or FAST Act before it expires in September 2020.

“After our initial meeting at the White House several weeks back, I was hopeful we were seeing the first signs of political courage that is so badly needed to make progress and turn a campaign trail talking point into real action,” Rep. DeFazio said in a statement.

“Even if a transformative deal with the White House remains elusive in the near term, I will continue to use my position … to work with Republicans to move individual pieces of legislation that will make a difference,” he added. “I will continue to work on a surface transportation reauthorization bill and I will continue putting in the legwork to make the improvements to our nation’s infrastructure that Americans expect and deserve.”

In some respects, that shift in focus can be a viewed as a positive development, noted Jim Tymon, executive director of the American Association of State Highway and Transportation Officials.

“There obviously isn’t a lot of optimism right now about getting a $2 trillion infrastructure deal,” he explained during the AASHTO’s annual spring meeting, held this year in Park City, UT. “But now there is more focus on [surface transportation funding] reauthorization – the House and the Senate are making it a priority to get legislation out there sometime this year; maybe by June and July.”

Patrick McKenna, director of the Missouri Department of Transportation and AASHTO’s 2018-2019 vice president, echoed that sentiment.

“We understand there’s a lot of emotion right now around this issue – and that’s not unexpected,” he explained during AASHTO’s spring meeting.

“But now it folds very much into the work plan we set out last year,” McKenna noted.

“What we are finding out is that the House and the Senate are now both focusing on reauthorization – that matches up with what we are doing,” he said. “What we are also finding on the Washington front that as the House T&I Committee redirects its efforts towards reauthorization, it is calling for changes and upgrades to existing programs – especially where [infrastructure] resilience is concerned. That’s a very good thing.”