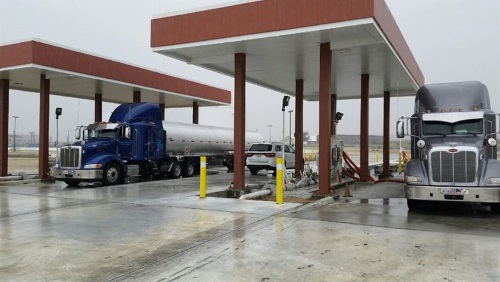 Rep. Earl Blumenauer, D-Ore., introduced the Rebuild America Act of 2019 on May 22, which would incrementally increase the federal tax on gasoline and diesel fuel by five cents a year over five years, index those taxes to inflation, and “establish Congressional intention” to replace those taxes with “a more equitable, stable source of funding” within 10 years.

“The gas tax was last raised more than 25 years ago, which means we are paying for our 2019 infrastructure needs with 1993 dollars. That is unacceptable,” Rep. Blumenauer, a longtime member of the House of Representatives Committee on Ways and Means, said in a statement.

“Our nation’s infrastructure is falling apart as we fall behind our global competitors,” he argued. “The cost of underinvestment falls especially hard on working families and low-income individuals who can’t afford the cost of a blown tire or lost wages due to congestion. It is past time that we get real about funding our infrastructure needs, we can’t afford inaction any longer.”

Rep. Blumenauer added that the United States “faces the largest infrastructure funding gap in the world,” with the sector with the greatest shortfall being surface transportation, which the American Society of Civil Engineers estimates needs more than $1.1 trillion of investment by 2025. Meanwhile, a 25-cent increase in the federal fuel – which would cost the average driver less than $3 a week – would contribute nearly $400 billion toward upgrading roads, bridges, and transit systems, he explained.

Rep. Blumenauer also noted that 35 states have raised fuel taxes over the last nine years. Additionally, in the first two months of 2019, 37 states have introduced 185 bills aimed at boosting transportation investment, according to a recent report, with 21 of those states proposing to increase one or more types of fuel taxes.

Of those 21 states, 10 included altering or creating a variable-rate tax that fluctuates based on external factors such as the Consumer Price Index, average wholesale price of motor fuel, or other formulas.