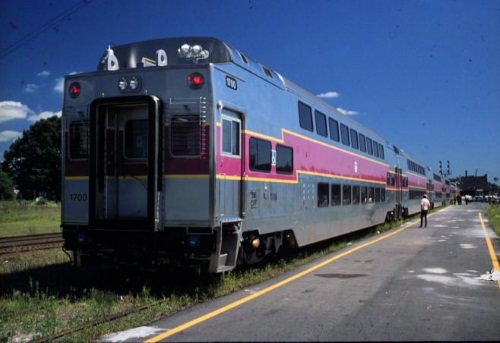 More than three-quarters of 698 New Hampshire residents polled in recent survey conducted by the Saint Anselm College Survey Center said they support expanding passenger rail from Boston, MA, to Nashua and Manchester, NH. The survey indicated 75.5 percent of residents support such rail expansion, with only 14.5 percent opposed and 10 percent expressing no opinion.

[Above photo by the City of Nashua, NH.]

“A majority of residents from every political party, gender, age, education level, ideology and county support expanding rail,” said E.J. Powers, spokesperson for NH Business for Rail Expansion, which funded the survey. “With more than 110 statewide businesses and now three-quarters of residents indicating their support, it is time for policymakers to act and take the next step in expanding rail and realizing the vast economic benefits it would deliver.”

Powers noted in a statement that New Hampshire’s legislature approved Senate Bill 241 back in February, which would allow the New Hampshire Department of Transportation to access existing federal funding to complete what he called the “critical” development phase of the NH Capitol Corridor Rail Expansion Project.

That phase will provide a detailed analysis of engineering, environmental, and geotechnical aspects, along with a firm financial plan for expanding passenger rail from Boston to Nashua and Manchester, he added.

A similar bill is now under consideration by New Hampshire’s House of Representatives and that legislation – House Bill 2 – would leverage federal dollars to fund an analysis of that rail development effort, which would provide policymakers with the necessary information to make an “informed decision” as to whether to proceed with the passenger rail project, Powers added.

He pointed to previous research conducted on this possible passenger rail expansion in 2015 – the NH Capitol Corridor Study – which estimated the expansion would carry 668,000 weekday riders, spur $750 million in real estate investment between 2021 and 2030, with $220 million in reinvested worker earnings added to the New Hampshire’s economy beyond 2020.