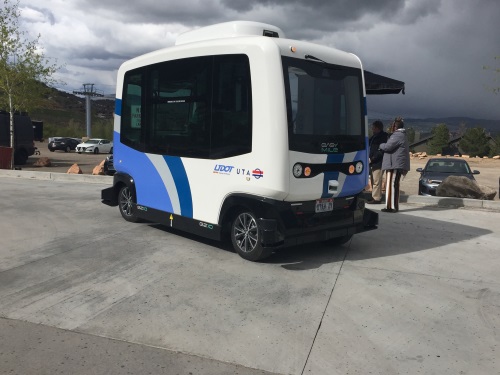 Both agencies stressed that they are only “seeking comments” at this stage of the rulemaking process in order to “ensure that all potential approaches are fully considered” as they move forward with more declarative regulatory actions.

That includes the lack of “traditional manual controls” such as steering wheels and brake pedals, along with other features that “facilitate operation of a vehicle by a human driver, the agency said.

NHTSA added in a statement that it believes that modifications of existing regulatory text are needed so autonomous vehicles lacking those and other features still comply with other aspects of the FMVSS rules.

“Public comments received during this stage will help inform NHTSA’s path forward [as] our mission is to protect Americans on our roads, noted NHTSA Deputy Administrator Heidi King. “As automated driving systems develop, NHTSA will continue to adapt to make sure the agency is equipped to ensure public safety while encouraging innovation.”

FMCSA’s rulemaking will target certain commercial vehicle requirements that may be affected by ADS technology, such as: changes to commercial driver’s license endorsements and Hours of Service rules; updated vehicle inspection, repair, and maintenance protocols; changes to roadside inspection procedures; plus cybersecurity needs.

“FMCSA is hoping to receive feedback from commercial motor vehicle stakeholders and the motoring public on how the agency should adapt its regulations for the development of increased automated driving systems in large trucks and buses,” noted FMCSA Administrator Raymond Martinez in a statement. “We know that while many of these technologies are still in development, it is critical that we carefully examine how to make federal rules keep up with this advancing technology.”

David Schutt, CEO of SAE International, noted in a “listening session” hosted by Axios and semiconductor maker Intel last September “that there is no real gauge” as to where connected and autonomous vehicle or CAV technology “can or should be” at this moment because it is still “rapidly evolving.”

“We are still in the first inning of a very exciting baseball game where these vehicles are concerned,” he explained. “Right now there are multiple paths forward for this technology but no single solution as of yet.”

For that reason, Schutt said the “patchwork” of regulations governing CAVs from state to state right now is “a good thing in the sense that it allows for multiple approaches to learn what works well and what doesn’t.”

But in the long run more “uniform” standards will need to be worked out, he emphasized – especially in terms of governing how CAVs interact with each other, vehicles that are still human-controlled, and roadway infrastructure.

“How autonomous vehicles are changing the nature of motor vehicles and how public policy must adapt to those new technologies are issues we will be dealing with now and in the future,” he explained. “As a result we need to explore what opportunities may exist for cross-sector [policy] collaboration across jurisdictions.”

“There is a legitimate debate between the need for introducing new technology balanced against the need to test and regulate this technology,” added King Gee, AASHTO’s engineering director, during that roundtable. “Safe deployment of autonomous vehicles is what we all want.”