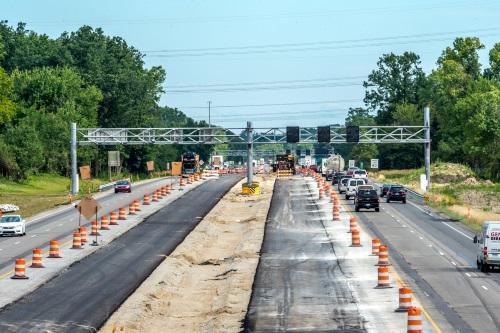 The Center for Michigan Public Engagement released a report on May 28 that indicates Michigan residents are “divided” on how much more money the state should spend to fix its roads and bridges, as well as on where that money should come from.

According to the Fixing Michigan’s Road Mess: The Unclear Path Ahead report, Michigan residents agree that “roads are bad, getting worse, and the state should spend more to fix them,” but that “there is no public consensus about how to fix the roads.”

Fewer than one percent of participants in this public engagement campaign think Michigan’s roads are already fine and in no need of urgent repair, the Center noted in its report, with roughly two-thirds of those polled indicating that Michigan road conditions “are getting worse.”

More than three-quarters of those surveyed by the Center said the state should spend an additional $1 billion or more each year to fix Michigan’s roads, yet only one in three support spending the full $2 billion or more per year that’s been recommended to “fully fix” Michigan’s road system and “sustain it in good condition.” On top of that, only a “slim majority” of residents are willing to pay at least $100 more per year to fund road repairs.

The report also found that almost half of respondents said that Michigan should repair all of the roads, while more than a third said they want their local city, village, county and roads fixed first. Meanwhile, state highways were placed at the bottom of the road-repair priority list by those polled –  despite the fact state highways carry more than half of Michigan’s passenger traffic and roughly three quarters of all commercial and trucking traffic, the Center said.

“Poll results found truth in the adage that residents don’t want all roads fixed – they want their road fixed,” the report noted. “Three out of four poll respondents also said a gasoline tax increase was a bad idea. Recent polling from the Lansing-based Marketing Resource Group found the same percentage of voters oppose Governor [Gretchen] Whitmer’s 45-cent gas tax hike specifically. This congruence suggests opposition may be tied to the policy, not just the price tag.”