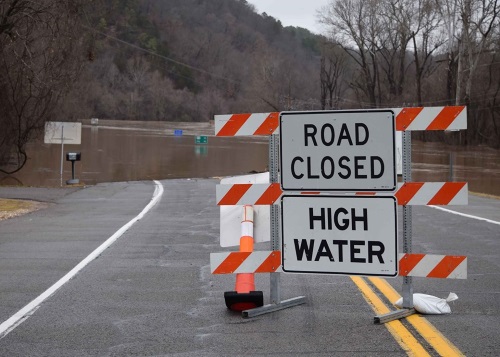 A large number of states are enduring historic flooding as the Mississippi and Missouri rivers overflowed their banks due to heavy rains – with many roadways swamped as a result. Meanwhile, a concurrent outbreak of deadly tornadoes added to the damage totals in states such as Missouri, Ohio, and Oklahoma – with the Ohio Department of Transportation deploying snowplows to clear tornado debris from several state highways.

“As they always do, Missourians are meeting difficult circumstances with grit, determination, hard work, and good will,” noted Governor Mike Parson (R) in a statement following the storms. “Missouri utilities and businesses have brought on extra workers and are working extended shifts; public service workers are doing yeoman’s work, and volunteers are making a difference. The results are clear. Missouri is making strong progress in our recovery from this challenge.”

Gov. Parson also activated the Missouri National Guard on May 27 as his state continues to respond to the damage caused by flooding, tornadoes, and severe storms – with the threat of additional flooding and severe storms continuing this week.

At the federal level, President Trump authorized disaster declarations for the states of Louisiana, Kansas, and Oklahoma due to the recent flooding.

“We appreciate the President’s prompt response to our request for federal aid and we will continue to stay in close touch with the White House and federal authorities as we try to help communities keep their residents safe from this deadly flooding,” noted Oklahoma Gov. Kevin Stitt (R) in a statement. “Many Oklahoma communities have been hit hard, and we will be doing everything possible to help them today in their time of need and in the weeks to come.”

The Iowa DOT reported on May 29 that flooding has closed sections of Interstate 29 along with other roadways.

Missouri DOT is also dealing with a series of road closures across the state due to flooding and continues to warn travelers to heed all evacuation notices.

“Never enter a water-covered roadway or drive around barricade,” the agency emphasized in a statement. “Just a few inches of flood waters can force a vehicle off the roadway. In addition, it is not uncommon for roadways and shoulders to be damaged when flooded, creating unsafe conditions for motorists.”