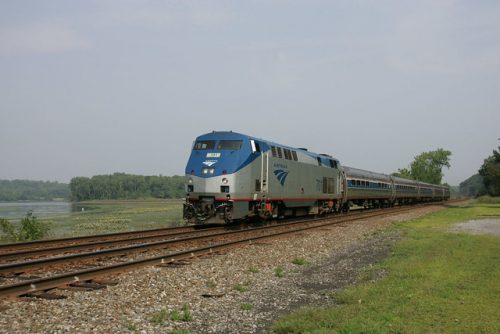 Amtrak’s board of directors approved two leadership changes on June 6: promoting Stephen Gardner into a newly-created position, that of chief operating and commercial officer, while naming Tracie Winbigler to be executive vice president and chief financial officer.

[Above photo by the Massachusetts Office of Travel.]

Amtrak is also beginning upgrade work along its Northeast Corridor from Washington, D.C., to Boston, MA, to prepare for the introduction of its next-generation high-speed Acela Express fleet of locomotives, scheduled to enter service in 2021.

Winbigler – the former CFO for Recreational Equipment, Inc., who spent three years as CFO and COO at National Geographic – will start work at Amtrak on June 24. Amtrak CEO Richard Anderson said in a statement that her “leadership skills and financial knowledge will be instrumental as we continue to work toward eliminating our net operating loss.”

He’s been at Amtrak for 10 years and was promoted last December to senior executive vice president of the railroad’s commercial, marketing, and strategy group.

“Stephen has played a pivotal role in Amtrak’s record operating performance, increased ridership and improved customer amenities,” noted Amtrak’s Anderson. “With this expanded role, Stephen will also oversee the day-to-day operations of the company and ensure continued growth and success.”

The national passenger railroad added in a separate statement that it is starting upgrade work on 31 miles of track between Washington Union and Baltimore Penn stations to enable its trains to operate at higher speeds – part of a long-term infrastructure upgrade for the railroad’s Northeast Corridor, which includes realigning track and curves and undercutting and installing new rail to support the deployment of new Acela Express trains in two years.

Amtrak said 2,200 trains operate on the Washington-Boston route each day, with 18.3 million trips made by Amtrak customers on the NEC in fiscal year 2018 alone.

“The NEC is North America’s premier passenger rail corridor and improving the infrastructure is essential to maximizing performance for all train services,” noted Amtrak’s Anderson. “The improvements will offer Amtrak and commuter customers a smoother and more reliable ride.”