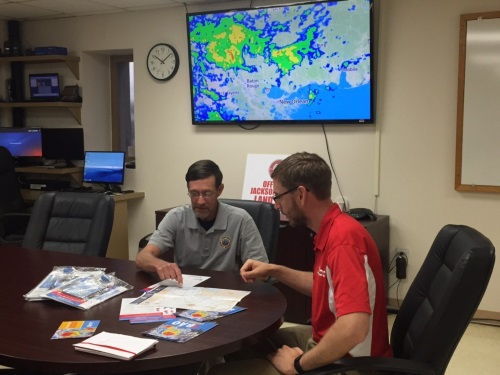 As the 2019 Atlantic Hurricane Season officially gets underway, the Mississippi Department of Transportation is making a concerted effort to remind residents, businesses, and community organizations across south Mississippi to have a preparedness plan in place before a storm threatens the Mississippi Gulf Coast.

That effort includes engaging in face-to-face hurricane preparedness briefings with local officials as part of a statewide tour by Mississippi DOT personnel.

“The time to prepare is now, not when a storm is being tracked,” said Tom King, commissioner of Mississippi’s southern transportation district, in a statement on May 31. “The first step in preparing for a hurricane is to have a plan of action. MDOT offers a variety of free resources to get started. We’re urging the public to take advantage of these resources and get a jump start on the preparation process.”

Currently, the National Oceanic and Atmospheric Administration is predicting a “near-normal” Atlantic hurricane season, which spans from June 1 through November 30, is the most likely scenario this year.

The agency added that an average hurricane season typically produces 12 named storms, of which six become hurricanes with three of those developing into major hurricanes.

“MDOT urges the public to take action and gather the essential items they may need to safely evacuate before a hurricane,” emphasized Melinda McGrath, Mississippi DOT’s executive director, in a statement. “It’s important to have both supplies and important documents available for when the time comes.”