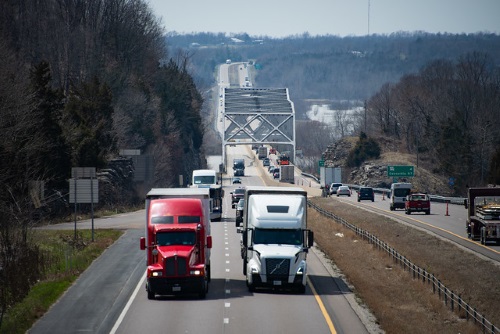 A draft of the Missouri Department of Transportation’s 2020-2024 Statewide Transportation Improvement Program or STIP is now open for a 30-day public review and comment period – a strategy blueprint that estimates annual roadway and bridge construction costs will average $924 million annually for its five-year planning period.

Yet in MoDOT estimates in its Citizen’s Guide to Transportation Funding that it will need an additional $825 million per year to fully fund its surface transportation needs.

Machelle Watkins, planning director for the agency, explained in a statement that the STIP includes 1,869 highway and bridge projects, of which 85 percent will maintain the system in the condition it is in today. On average, this STIP annually invests in 1,014 lane miles of interstate pavements, 1,346 miles of major route pavements, 2,652 miles of minor route pavements and 213 bridges.

“With the priority of maintaining the existing system, MoDOT has developed asset management plans for each district, with the goal to maintain current pavement and bridge conditions,” Watkins said, adding that Missouri has the nation’s seventh largest state highway system with 33,859 miles of roadways and 10,385 bridges, but ranks 48th nationally in revenue per mile.

This STIP includes funding for the “Focus on Bridges” program initiated by Gov. Mike Parson (R) in February this year, using a one-time $50 million injection of general revenues for the rehabilitation and/or reconstruction of 45 bridges.

It also includes detailed project information for non-highway modes of transportation and also includes a section detailing planned operations and maintenance activities for the next three years, alongside expenditures for those same activities in the prior year.

This additional information is provided to allow Missourians to more easily see how their transportation funding is invested, noted MoDOT Director Patrick McKenna in a statement.

“The STIP represents our commitment to Missourians of the projects that will be developed and delivered over the next five years,” he said.

“However, [it] recognizes the serious consequences to our plans if policy makers in Washington are unable to fix the Highway Trust Fund,” he emphasized. “In Missouri, that puts $613 million of projects including 5,423 lane-miles of roadway improvements and 55 bridge projects in jeopardy in [Fiscal Year] 2021 and 2022. We have worked with our planning partners to determine these at-risk projects and offer a qualified commitment of project delivery.”

McKenna added that, following the 30-day public review period, any and all comments will be presented to the Missouri Highways and Transportation Commission, which will review them prior to considering formal approval of the 2020-204 STIP at its July 10 meeting.

Millions in Infrastructure Funding to Flow from Minnesota Bond