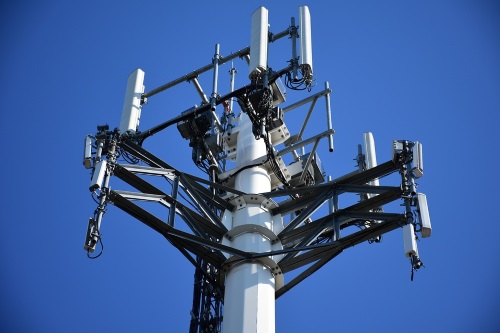 A June 12 Senate Committee on Commerce, Science, and Transportation oversight hearing of the Federal Communications Commission brought up the ongoing and contentious issue of opening up the 5.9 GHz spectrum to non-transportation usage.

In his written testimony, FCC Chairman Ajit Pai noted that “our work on 5G will open the door to new services and applications that will grow our economy and improve our standard of living.”

To do that, Pai said the FCC has developed and is executing what it calls a “5G FAST plan.” Short for “Facilitate America’s Superiority in 5G Technology,” he noted that this plan features three key components: (1) pushing more spectrum into the marketplace; (2) promoting the deployment of wireless infrastructure; and (3) modernizing outdated regulations.

“The applications and services of tomorrow will require much more bandwidth. They cannot be developed and deployed without spectrum,” Pai emphasized. “This critical resource represents the lifeblood of the communications industry – and with it, the future of our economy. That’s why the FCC must continue its work to aggressively make more spectrum available for commercial use.”

Yet in a letter submitted to the committee, the American Association of State Highway and Transportation Officials urged that maintaining the “transportation-only” allocation of the 5.9 GHz communication spectrum will be critical to achieving the full potential of safety benefits envisioned by connected vehicles or CVs, as well as connected and automated vehicles or CAVs.

However, the organization stressed that preserving the 5.9 GHz spectrum for transportation-only usage would not necessarily impede deployment of 5G wireless technology as they can be “independent and mutually exclusive issues by nature.”

Though the 5.9 GHz spectrum could be used to provide needed bandwidth for 5G wireless networks, current deployments are not doing so. According to recent reports, current 5G cellular deployments by Verizon in the cities of Chicago and Minneapolis use the 28 GHz band, while 5G in South Korea uses the 3.5 GHz band.

That’s one reason why AASHTO emphasized in its letter that the debate over how best to use the 5.9 GHz spectrum should not be used as “an excuse” to open the spectrum for non-transportation safety purposes.

“Rather, it must be seen as a reason to continue to preserve the spectrum because the transportation industry needs and wants to use the spectrum for transportation safety and a CV environment can only be created if there is a spectrum available with which CV technologies can use to communicate,” the group noted.

Yet there remains a growing push to open the 5.9 GHZ spectrum to non-transportation use because “finding additional mid-band spectrum is extremely hard” as more bandwidth is needed to support the expansion of 5G networks, said FCC Commissioner Michael O’Rielly in his written testimony.

“There is no fallow spectrum, incumbent users are everywhere, and a multitude of interested parties have different and often conflicting visions, interests, and needs,” he noted. “The Commission must also consider mid-band spectrum for unlicensed use, such as the 4.9, 5.9, and 6 GHz bands. The community serving this incredibly valuable function needs larger spectrum swaths to meet the speed, capacity, and latency expectations demanded of next generation Wi-Fi and other unlicensed uses.”

However, AASHTO urged in its letter that preserving the 5.9 GHz spectrum solely for transportation use is critical to the successful deployment of CV and CAV technologies.

“While the vehicle component and infrastructure component of the transportation system have traditionally been only loosely coupled, CAV technology will allow these components to work actively together – creating a fully cooperative transportation environment,” AASHTO said.

“This provides the potential for significant safety improvements, reduction in congestion, reduced fuel consumption, lowered emissions, and improved traveler experience,” the organization added. “However, in order for this future to become a reality, the 5.9 GHz spectrum must be preserved for transportation safety purposes.”