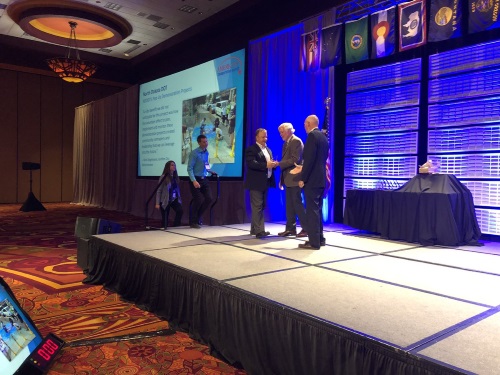 The winners from the Western Association of State Highway and Transportation Officials regional competition, announced on June 12, include:

Regional contests will be held throughout the summer and the three highest-scoring projects from each region will earn a place on the list of “Top 12” projects, which will compete for the America’s Transportation Awards Grand Prize – selected by an independent panel of industry judges – and the People’s Choice Award, which is chosen by the general public through online voting.

Sponsored by the American Association of State Highway and Transportation Officials, AAA, and the U.S. Chamber of Commerce, the “Top 12” projects will be announced on Aug. 23, when online voting for the People’s Choice Award will begin.

The winners of the top two awards will be announced Oct. 7, at the AASHTO Annual Meeting in St. Louis, MO.