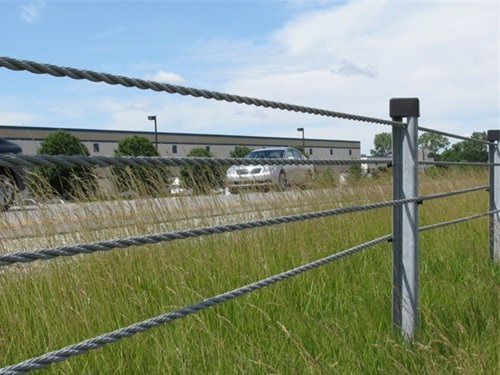 The Colorado Department of Transportation kicked off a seven-month project in June that aims to install new median cable barriers along I-25 between Pueblo and Colorado Springs as a safety measure to prevent median crossover crashes.

The agency noted in a June 14 statement that it is using a “multi-phased approach” based on vehicle crash history and traffic volumes to specifically locate the new cable median barriers – part of its Whole System – Whole Safety initiative that takes a systematic approach to safety that includes driving behaviors, the built environment, and operations.

“Improving the safety of Colorado’s transportation network by reducing the rate and severity of crashes and improving safety conditions for travelers is our main goal,” said Shoshana Lew, executive director of the Colorado DOT, in a statement. “The statewide program’s whole system approach is unique in how it brings together all areas of the driving experience, resulting in improved and enhanced safety for motorists.”

The $3.5 million project – expected to be completed by December – will remove any existing barrier structures and replace it with media cable barrier along with “added offset” from the travel lane and flattened median side slopes. That will continue to eliminate vehicle cross-over crashes, the agency noted, while additionally reducing nuisance hits as the northbound cable barrier can be removed. The net effect will allow better maintenance access, reduced maintenance costs, better traffic flow, and further enhancing safety, Colorado DOT added.

A 68-page study wrapped up last year by the Center for Transportation Research and Education at Iowa State University determined that cable median barriers “significantly” reduce motor vehicle crash fatalities and injuries, though they do lead to an increase in “property-damage only” crashes, according to the collected data examined by the school’s researchers.