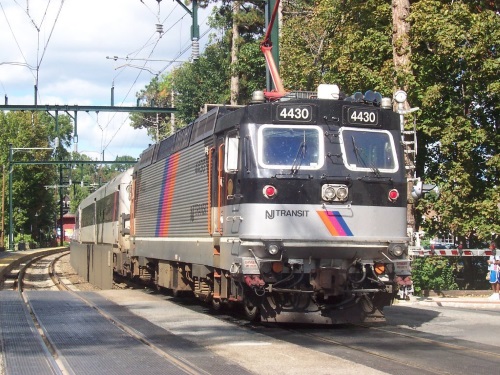 To make transportation infrastructure “self-sufficient” in the event of a natural disaster or electrical “brownouts” and “blackouts,” the NJ Transit agency is building dedicated “microgrid” back-up system that includes everything from a natural gas-fired power plant to a solar canopy.

Dubbed the NJ Transitgrid project, it is part of the agency’s “Resilience Program” developed in response to the damage inflicted by Superstorm Sandy in 2012.

The $61 million Transitgrid project is getting nearly $46 million of its funding from the Federal Transit Administration – the first allocation of more than $409 million in Competitive Resilience funds allocated under the FTA’s $3 billion Public Transportation Emergency Relief Program and the Disaster Relief Appropriations Act of 2013. The remaining $15 million comes from the New Jersey Transportation Trust Fund Authority, NJ Transit Executive Director Kevin Corbett said in a statement.

“This funding will move NJ TRANSIT forward in the event of a disaster such as Superstorm Sandy where commercial power systems may be limited or unavailable,” he explained. “When completed, NJ Transitgrid will power critical stations, terminals, and rail lines to help our customers safely get to their destinations.”

Those grants will fund the design and construction of a central power plant that will provide 24/7 electricity to the railroad tracks and operating controls on portions of the NJ Transit and Amtrak systems along the Northeast Corridor.

Each of them will be equipped with localized power generation for use during commercial power disruptions, with the Wayne Bus Garage pilot-testing a “solar canopy” that will not only power the facility during disruptions but also offset electrical use during regular operation.