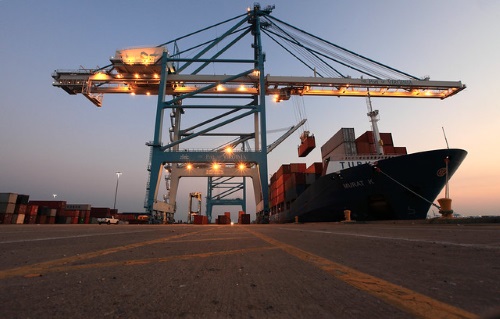 The U.S. Department of Transportation announced a Notice of Funding Opportunity on June 13 for $292.7 million in discretionary grant funding through its new Port Infrastructure Development Program, which aims to support public coastal ports by improving the safety, efficiency, or reliability of goods movement into, out of, or within a port.

USDOT said it will award grants via this program for port transportation infrastructure projects located either within the boundary of a coastal seaport, or outside the boundary of a coastal seaport, that directly relate to port operations or to an intermodal connection. The minimum award size is $10 million, with a federal cost share not to exceed 80 percent, the agency noted.

USDOT added in a statement that the Consolidated Appropriations Act of 2019 made $292.7 million worth of PIDP grants available, including $92.7 million for the 15 coastal seaports that handled the greatest number of loaded foreign and domestic twenty-foot equivalent units of containerized cargo in 2016.

That type of port infrastructure funding is key to improving the “global trade competitiveness” of the United States, noted Kurt Nagle, president and CEO of American Association of Port Authorities, in testimony before Congress last year.

“Building America’s 21st century seaport infrastructure requires considerable federal investments,” he said. “Both landside and waterside investments are critical to our nation’s competitiveness including our ability to export U.S. goods.”