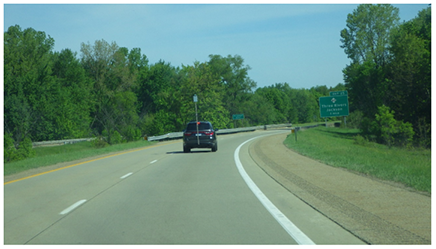 The Michigan Department of Transportation and the Michigan Tech Research Institute are experimenting with a new way to conduct “up-close” visual inspections of concrete bridge decking: by using a 3-D “movie camera.”

The 3-D optical bridge evaluation system or 3DOBS developed by MTRI and being tested by Michigan DOT uses a vehicle-mounted camera and image analysis software to supplement traditional inspections by the human eye.

The system uses a professional “cinema-grade” digital camera called the RED 8K S35, noted MTRI’s Richard Dobson, the principal investigator on the project, which is then attached to a truck via a custom Michigan DOT-built mount on a standard trailer hitch. He said the benefits of this camera system is that it can capture high-quality video images and spatial orientation data at near-highway speeds under real-world conditions.

“The big difference is that this camera offers full-resolution images at 60 frames per second,” Dobson explained in a statement. “That capability makes the difference between being able to scan a bridge deck at 5 mph versus 45 mph. At 35.5 megapixels, with the camera nine feet above the ground, we can put a lot of pixels on a spot.”

Speed and accuracy are the other major advantages to this camera system, as it can resolve cracks down to 1/64th of an inch. The typical data collection time for an average sized bridge deck was 30 minutes or less. “There’s very little disruption to traffic… and you don’t expose inspectors to traffic,” Dobson pointed out. “We can collect all this data without having to have inspectors on the road and without closing lanes.”

After the data is collected, the software can generate two types of output: a 2-D mosaic stitched together from many individual images or a 3-D model of the bridge deck. The system allows inspectors to pinpoint bridge deck deficiencies and they can also use the imagery to monitor deterioration over time.

The researchers initially tested the camera-mounted vehicle out on numerous trips across 10 different MDOT bridges, including freeway and non-freeway bridges and in high-traffic metro areas, and now plans for broader deployment to its bridge inspection teams this summer.