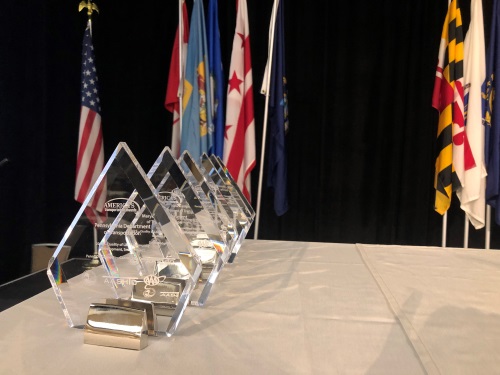 Sponsored by AASHTO, AAA, and the U.S. Chamber of Commerce, the 12th annual America’s Transportation Awards competition is comprised of three categories.

The first is “Quality of Life/Community Development,” which recognizes projects that provide significant benefits to the communities in which they are located, especially in the form of economic growth and the well-being of citizens.

The second is “Best Use of Technology & Innovation,” which recognizes new technology and/or creative solutions implemented by a state DOT.

The final category is “Operations Excellence,” which recognizes projects that deliver a more reliable, well-functioning, and/or safer transportation system through operational solutions.

The winners from the Northeast Association of State Highway and Transportation Officials (NASTO) regional competition are:

The three highest-scoring projects from each regional competition earn a place on a “Top 12” list of projects which then compete for the Grand Prize – selected by an independent panel of industry judges – and the People’s Choice Award, chosen by the general public through online voting.