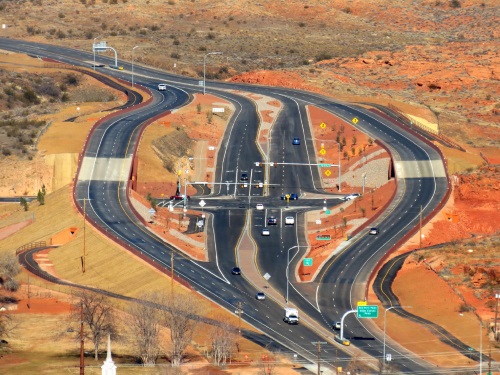 The Utah Department of Transportation is joining forces with Panasonic Corporation of North America to develop an advanced transportation data network aimed at improving both highway safety and mobility by sharing data between vehicles, roadway infrastructure, and traffic operators in real time.

The agency said that Panasonic will help it install intelligent sensors along selected sections of Utah highways that, along with similar vehicle-mounted software and equipment, will collect and transmit data at speeds up to 10 times per second, which is then shared with a central cloud-based system.

The system then monitors the information flowing from the sensor/vehicle network and automatically generates alerts that are shared with vehicles, infrastructure components (such as traffic signals), and Utah DOT Traffic Operations Center personnel, who can then tap into this “connected corridor” technology to gain real-time insights into critical events such as crashes, severe weather, or stalled vehicles.

They will then be able to alert connected vehicle drivers in real-time with alternate routes, delay times, or other helpful information, Utah DOT added.

According to news reports, the first phase of this partnership is estimated to cost $8 million and if the project is developed in full, as planned, Utah would invest about $50 million overall.

Going forward, Utah DOT and Panasonic said they will work together to identify specific locations and scenarios where this system is likely to provide the most benefit by making roads safer, helping traffic flow more smoothly, or reducing congestion, the agency said.

Once these are identified, teams from both organizations will develop new software applications, install sensor networks along the selected roads, and build the control system.

The agency added that its partnership with Panasonic will also allow Utah DOT to accelerate development toward a statewide system for collecting, monitoring and sharing connected and autonomous vehicle or CAV data.

“Embracing and developing this emerging technology has the potential to make our roads safer, reduce congestion, and help the environment through lower emissions,” Utah DOT Executive Director Carlos Braceras said in a statement.