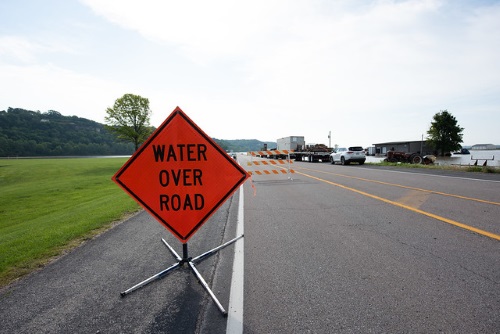 The Federal Highway Administration issued $2 million in “quick release” emergency relief funds July 12 to the Missouri Department of Transportation to help repair roads and bridges damaged by severe flooding that hit the northwest and southeast areas of the state in April and May.

That’s in addition to the $2 million the Missouri DOT received in May to combat an earlier round of flooding that, altogether, has caused in excess of $30 million in total damage to the state’s roadway network this year, according to the FHWA.

In a phone interview with the AASHTO Journal, Patrick McKenna, director of the Missouri DOT, explained that it will take a long time for Missouri to fully recover from flooding of this magnitude.

“What ends up happening, after the water recedes and the roads clear, is that we finally get to see the full extent of the infrastructure damage,” he said. “It’s not just roads and bridges; it includes damage to railroad tracks, levees, and dams.”

Oversaturation of the ground upon which roads are build can also lead to cracks and slides as they dry out, McKenna noted. On top of that, many of the quarries from which the Missouri DOT and other construction companies obtain the materials required to repair the roads remain underwater, he added.

“We were only just able to reopen our rivers to barge traffic and that’s how we move the large amounts of sand and rock we need as the building blocks for our roads,” McKenna explained. “This is all going to have a long-term effect on our roads.”