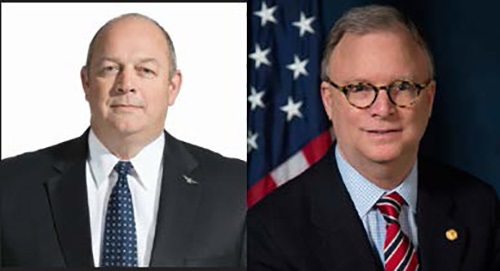 By a vote of 52-40 on July 24, the Senate confirmed former Delta Air Lines executive Stephen Dickson to serve a five-year term as the next administrator of the Federal Aviation Administration, as well as the chairman of the Air Traffic Services Committee within the U.S. Department of Transportation.

“Dickson was chosen to lead the FAA because of his experience, impressive qualifications, and commitment to ensure that safety is the agency’s top priority,” noted Sen. Roger Wicker, R-Miss., chairman of the Senate Committee on Commerce, Science, and Transportation, in a congratulatory note. “I expect his leadership will provide direction for the FAA at this crucial time.”

“With decades of experience in the airline industry overseeing flight operations, and service to our country as a U.S. Air Force officer, Captain Dickson is highly qualified to lead the FAA,” added U.S. Secretary of Transportation Elaine Chao in a statement.

“Safety is the Department’s #1 priority and he is committed to ensuring that the FAA’s safety culture, and safety record, continue to lead the world,” she said.

However, his military experience meant the Senate also had to quickly pass a bill that allowed Daniel Elwell – who served as FAA’s acting administrator since January of 2018 – to stay on at the agency as deputy administrator, even though both he and Dickson are former military officers.

Also on July 24, President Trump re-nominated Robert Sumwalt to serve another term as chairman of the National Transportation Safety Board.

Appearing before the Commerce, Science, and Transportation committee, Sumwalt said in his opening statement that “there is unfinished work that needs to be done – both from the agency leadership perspective, as well as improving the safety of our nation’s transportation system” and is “honored to have been re-nominated to continue this work and, if confirmed, pledge to work diligently to lead the agency in functioning more efficiently and effectively, as well as continuing to serve as a fierce advocate for improving transportation safety through timely, quality accident investigations and safety recommendations.”