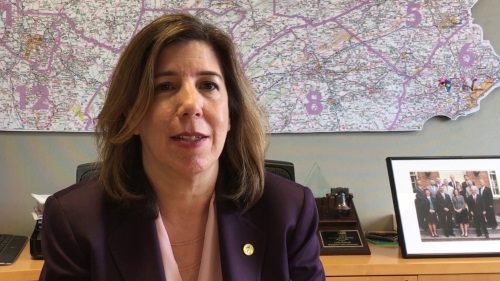 The Pennsylvania Department of Transportation began soliciting input from state motorists for its annual online Highway Safety Survey on July 23, which the agency uses to “better understand the attitude and actions” of the public concerning a variety of traffic safety and driving behaviors.

“Safety remains our top priority and we are grateful for the public’s continued engagement in making our roadways safer,” said PennDOT Secretary Leslie Richards (seen above) in a statement. “The results from this annual survey help us gauge participants’ attitudes on highway safety and allow us to adjust our safety activities as we work to reduce crashes and fatalities.”

The survey will be available on PennDOT’s website through August 12 and should take about five minutes to complete, the agency noted, with all responses – including those in the “comments” fields – remaining anonymous.

[Editor’s note: another aspect of this survey is to discern the motoring public’s level of awareness regarding traffic safety laws, including those that deal with rare and uncommon circumstances as described in the video below.]