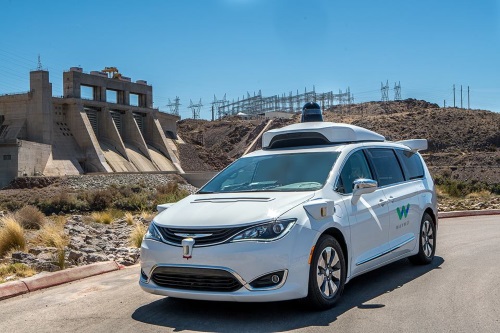 A pair of comment letters issued July 22 by the American Association of State Highway and Transportation Officials address key regulatory and infrastructure issues regarding connected and autonomous vehicles or CAVs – especially where the operation of commercial motor vehicles are concerned.

[Above photo by Waymo.]

Both letters address separate advance notices of proposed rulemaking issued on May 28 by the National Highway Traffic Safety Administration and Federal Motor Carrier Safety Administration that seek to foster the “safe introduction” of autonomous personal and commercial vehicles on U.S. roadways.

[As an aside, AASHTO’s Transportation TV recently got an inside look at a year-long joint pilot program between the Utah Department of Transportation and Utah Transit Authority to test the use of autonomous shuttles at various locations throughout the state.]

AASHTO’s letter to NHTSA expresses concern that the agency’s proposed rule “is almost completely without reference to the roadway or infrastructure communications.” As infrastructure owners and operators, the letter said state DOTs agree and argue that establishing a “strong foundation” for fully autonomous vehicles or AVs requires robust connectivity for vehicle-to-vehicle (V2V) and vehicle-to-infrastructure (V2I) communication.

On top of that, the advent of AVs is “blurring the role of the vehicle and the operator” and so more “national uniformity” is needed between the states and the federal government to ensure a “common understanding” of AV behavior and expectations of the infrastructure.

Where the FMCSA is concerned, AASHTO’s letter covers nine points of concern – from human-operator licensing to cybersecurity and roadside inspection procedures.

In particular, state DOTs expressed concern that self-driving commercial vehicles be able to pull over and yield to emergency vehicles in accordance with state and federal laws. “There are currently no exceptions for ADS-equipped CMVs,” AASHTO said.

“FMCSA should require standardized markings indicating the ADS level clearly in several conspicuous locations on all sides of the truck and trailer to make it easier for enforcement personnel to enforce current and future regulations,” the organization added. “For example, an officer following an ADS-equipped truck from behind would otherwise have no way to tell it apart from a conventional truck.”