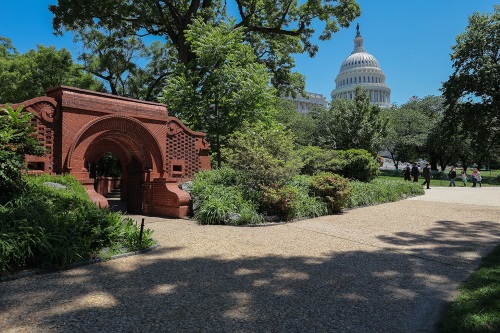 By a vote of 21 to zero on July 30, the Senate Committee on Environment and Public Works passed S. 2302 – the America’s Transportation Infrastructure Act of 2019 – which authorizes $287 billion in highway funding over five years. This represents the first and largest element of surface transportation re-authorization to follow the current Fixing America’s Surface Transportation or FAST Act, which will also include transit, highway safety, and rail.

Some $259 billion or 90 percent of funding in this bill is dedicated to formula programs for maintaining and repairing the nation’s roads and bridges, though that is slightly less than the 92 percent level under the FAST Act.

[Separately, the Senate passed a “big picture” two-year budget by a vote of 67 to 28 on Aug. 1, establishing total federal spending ceilings of roughly $1.37 trillion in fiscal year 2020 and $1.375 trillion in FY 2021, while at the same time suspending the statutory limit on public debt through July 31, 2021. President Trump signed the measure on Aug. 2.]

“Formula funding gives each state the flexibility to address their specific surface transportation needs,” noted Sen. John Barrasso, R-Wyo., the committee’s chairman, in remarks made during the mark-up of the bill.

“By distributing the funding through this formula, the legislation will help every state in the nation and keep projects moving ahead. It is good for rural areas. It’s good for urban communities. It is good across the country,” he added.

“Between new authorizations, loan leveraging programs, state-match requirements, and likely additions from the Commerce and Banking Committees, our bill’s total impact on infrastructure will be nearly half a trillion dollars – a historic total,” Sen. Barrasso said.

Sen. Barrasso also noted that the Senate’s surface transportation bill will “speed up project delivery [and] cut Washington red tape so projects can get done faster, better, cheaper and smarter.” It also “codifies” key elements of President Trump’s One Federal Decision policy so the approval process for states is simplified – giving them “increased flexibility” while “reducing their paperwork burdens” by aiming to create a two-year environmental review goal for major projects along with a “single record of decision” for such projects.

The bill also seeks to improve program and project delivery via the sharing of “categorical exclusions” and standardization of stewardship and oversight agreement, along with further flexibility in the operational right-of-way.

Sen. Tom Carper, D-Del., the ranking member on the committee, added in his remarks that the “bipartisan” nature of the surface transportation bill “really should not come as a great surprise to anyone, because – in a greater sense – our nation’s transportation infrastructure helps bring all Americans together. Both literally and figuratively, our roads, highways, and bridges connect us to one another.”

“For state DOTs [departments of transportation], it is absolutely crucial to get the next federal transportation bill done on time, without resorting to a series of short-term program extensions,” stressed Jim Tymon, executive director of the American Association of State Highway and Transportation Officials, in a statement.

“When federal funds are predictable and stable, state DOTs are able to fully focus attention on delivering critical projects that improve safety, quality of life, and economic opportunities for everyone,” he said.

Other key aspects of the amended surface transportation bill, which numbers over 500 pages, include:

Yet for state DOTs there are some concerns regarding the EPW committee’s proposed re-authorization bill as well: