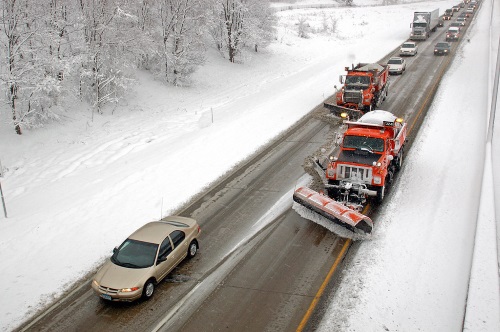 The Minnesota Department of Transportation spent nearly $133 million dollars to clear roads during the 2018-19 winter season, with its snowplow crews “facing some of the most severe weather in the state in a decade,” according to the agency’s annual winter maintenance report released on August 7.

The annual report breaks down fiscal year costs, winter severity, snow totals and other factors, the Minnesota DOT noted in a statement, with those statistics separated into each of the agency’s eight transportation districts to show the variety of impact across the state.

Examples of the data gathered in the annual winter maintenance report include:

Yet Jed Falgren, the Minnesota DOT’s acting state maintenance engineer, stressed in a statement that “snowfall amounts don’t tell the whole story” about the challenges the agency’s snowplow crews face during wintertime operations.

For example, he said snowplow drivers worked more than 198,000 hours of overtime during the 2018-19 winter and exceeded the bare lane target goals for all road classifications within 36 hours after a snow event.

[The interview below with snowplow operator Jim Switzer from a few years ago shows just how demanding those hours can be.]

“Every area of the state experienced more hours of snowfall compared to the previous winter,” Falgren added. “Road and air temperature averages were down and hours of freezing rain were up – those elements have a huge impact on how quickly we can clear roads.”