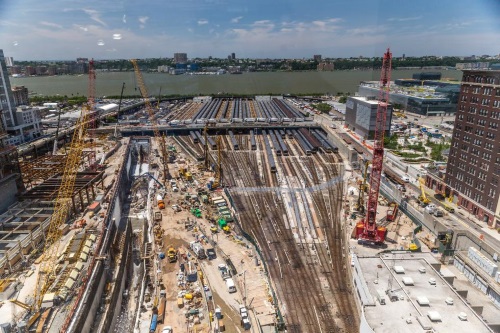 A survey of 463 adults in New York, New Jersey, and Eastern Pennsylvania by the Gateway Program Development Corp. finds 45 percent of them rated the “Gateway Tunnel” and Portal North Bridge projects as the most “important” transportation priorities in the region, surpassing the next most popular priority by more than 15 percent.

The poll – conducted by SurveyMonkey July 11 through 13 – also found that national infrastructure spending is either “extremely important” or “very important” to 79 percent of the respondents, though they have “little faith” it will be realized before 2020.

“In this era of divided politics, one thing that unifies everyone is the need for better, more reliable, modern transportation,” said GPDC Chairman Jerry Zaro in statement on August 12. “That’s why we … are working so hard to get Gateway funded and built. It’s the most urgent infrastructure need in the region and the nation, and – when built – will be a statement that America can do great things again.”

Other findings from GPDC’s survey include: