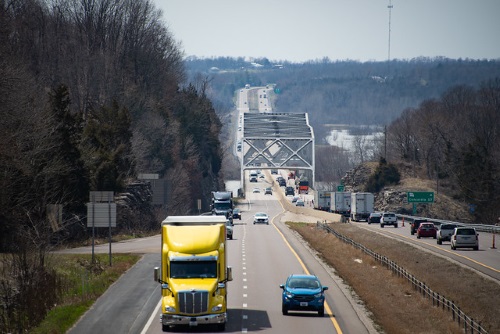 The Federal Highway Administration awarded $225 million in Competitive Highway Bridge Program or CHBP grants to 20 state department of transportation projects in 18 states on August 29; grants that only state DOTs could apply for and that fund a variety of bridge projects in rural areas with population densities of less than 100 people per square-mile, based on U.S. Census data.

FHWA noted that those funds must be used for highway bridge replacement or rehabilitation projects on public roads that leverage the efficiencies associated with “bundling” at least two highway bridge projects into a single contract.

“Bundling” offers cost and time savings, the agency added, which is beneficial to reducing the transportation project backlog and allowing for the use of more cost-effective and “innovative” replacement and rehabilitation strategies, such as accelerated bridge construction or ABC techniques.

The largest grants from this first round of CHBP funding include more than $33 million given to Iowa for improving up to 77 bridges to aid several farm-to-market routes that crisscross the state, along with more than $20 million to the Fixing Access to Rural Missouri or FARM bridge program for improving 41 bridges.

“We are poised to deliver these bridge improvement projects as quickly, efficiently, and innovatively as possible,” Patrick McKenna, director of the Missouri Department of Transportation, said in a statement. “We are grateful to Congressman [Sam] Graves, Governor [Mike] Parson, and Missouri legislators for their support of additional investment in transportation in Missouri.”

“The projects funded under the program will serve as models for similar bridge improvement projects throughout the nation,” added FHWA Administrator Nicole Nason in a statement. “They are examples of how to achieve time and cost savings through innovation.”