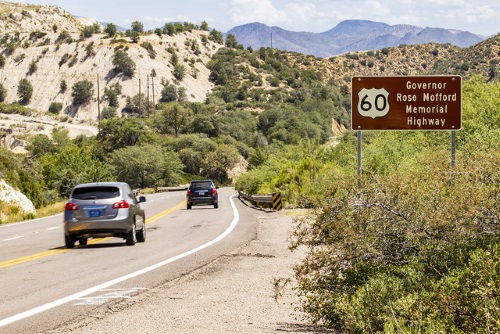 Governor Doug Ducey (R) honored Arizona Highways – a magazine produced by the Arizona Department of Transportation – and Arizona State Parks and Trails with a “Good Government Award” for their collaborative efforts to promote travel and tourism around the state.

The two agencies developed a promotion in mid-2018 that provided a one-year subscription to the magazine – which showcases Arizona’s landscapes, wildlife and history – to customers purchasing an annual parks pass.

The Arizona DOT noted that the magazine has added 12,500 subscribers since the promotion launched in July last year, while the magazine’s promotion of standard and premium annual passes for the state’s 35 parks has resulted in a nearly 11 percent increase in pass sales.

“This innovative partnership developed using tools from the Arizona Management System has helped increase awareness of our state’s hidden gems and encourage visitors and residents alike to get out and explore Arizona,” noted Kelly Mero, publisher of Arizona Highways, in a statement.

“This partnership showcases what two agencies can do when they work together toward a common goal,” added Bob Broscheid, executive director of Arizona State Parks and Trails. “Combining the 35 state parks with the gorgeous photography and amazing storytelling found in Arizona Highways Magazine is a natural fit and a great collaboration.”