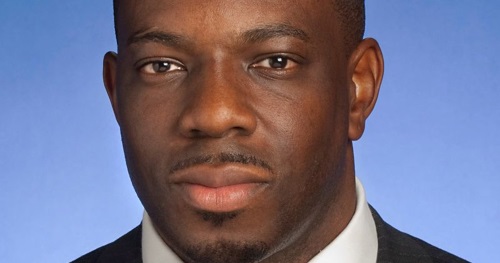 Governor Gavin Newsom (D) appointed Adetokunbo “Toks” Omishakin to be the new director of the California Department of Transportation on September 3. He replaces Acting Director Bob Franzoia, who has held the position since former director Laurie Berman retired June 29 after a 36-year career with the agency.

The governor noted in a statement that the Caltrans director position requires state Senate confirmation.

For the last eight years, Omishakin – who holds a Master of Arts degree in urban and regional planning from Jackson State University –served as the deputy commissioner for environment and planning at the Tennessee Department of Transportation.

Prior to his time at the Tennessee DOT, he served as the director of healthy living initiatives for the Nashville Mayor’s Office for three years.

[The Tennessee DOT put together a short biography of Omishakin’s unusual path into the transportation field several years ago as part of an outreach effort to highlight the benefits of its TDOT Reconnect education program.]

During his career, Omishakin strongly supported efforts to develop more and safer biking, walking, and “non-motorized” mobility options; a vision that informs his ongoing tenure as the vice chair of the Council on Active Transportation for the American Association of State Highway and Transportation

“With half of all trips in the United States being three miles or less, good walking, biking and transit facilities are essential to the continued growth and success of our towns and cities,” he noted during a panel discussion at the National Bike Summit 2019, held March 9-12 in Crystal City, VA.

“If we want to get more people, especially novice riders, out and about on bikes we need more protected facilities,” Omishakin explained. “If we think just striping and paint are solutions, that will not happen – especially on roads, in urban environments, where the right turning movements by cars can be a big danger to pedestrians and bicyclists.”