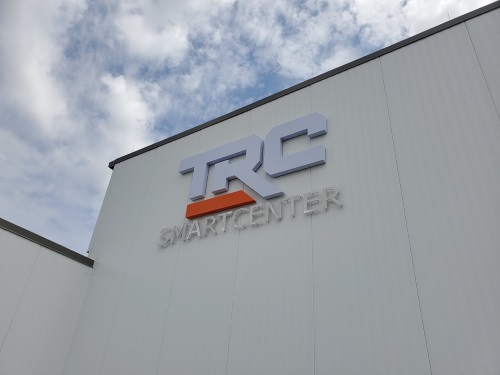 The U.S. Department of Transportation awarded autonomous vehicle or AV research funds to three states this week – Ohio, Michigan, and Virginia – to boost further study of AV operation in rural areas, on city streets, and in the trucking industry.

[Above photo from the Transportation Research Center.]

An Ohio-based team of industry, academia, and community partner received $7.5 million from USDOT to bolster a $17.8 million autonomous vehicle development project that will focus in part on AV operations in rural areas.

DriveOhio – an initiative sponsored by the Ohio Department of Transportation – and the Transportation Research Center are partnering with the Ohio State University, Ohio University and the University of Cincinnati to conduct a four-year test of autonomous driving systems predominantly on rural roads.

“This is a huge win for the state of Ohio,” said Jack Marchbanks, director of the Ohio DOT, in a statement. “By focusing on 32 counties in Ohio’s rural Appalachian region, studies supported by this grant will be the most comprehensive effort yet to be conducted on our nation’s rural roads.”

He added that while 97 percent of the U.S. is made up of rural communities and more than half of all U.S. traffic fatalities occur on rural roads, most AV testing to date has been conducted in urban areas.

“The lessons we learn in Ohio can have enormous benefits for our own state and nationwide as we work to make our transportation system safer,” Marchbansk said.

DriveOhio noted that testing of automated driving systems will be conducted in all seasons – day and night – during this four-year program, on both paved and unpaved roads as well as during periods of limited visibility and in highway work zones.

A driver will be behind the wheel at all times should human intervention be needed, the group emphasized, noting that in regions where on-road testing is to take place, local officials take part in pre-planning and community meetings will be held in advance to inform the public.

A partnership between the City of Detroit, the State of Michigan, the University of Michigan, and the American Center for Mobility is also getting a $7.5 million grants from USDOT to develop an “evaluation process” to measure the safety of automated driving systems from simulation to test tracks to real world testing on Detroit streets.

That research effort will also focus on “future services and business models” that can be designed around autonomous vehicles, according to a statement by Sen. Debbie Stabenow, D-Mich. – especially ones that improve the quality of life for senior citizens living in Detroit and other cities across Michigan.

The funding is comprised of two $7.5 million grants supporting two VTTI projects, according to a statement by Sen. Mark Warner, D-Va.

One will seek to define, develop, and demonstrate key dynamic scenarios and their potential solutions for safe interaction of vehicles equipped with automated driving systems in a Northern Virginia corridor optimized for vehicle automation.

The other VTTI project will seek to develop and demonstrate a “Fleet Concept of Operation” to provide the trucking industry with clear guidelines on how to safely implement, and benefit from trucks equipped with automated driving systems.

The monies received by all three states were awarded through the USDOT’s Automated Driving System demonstration grants program, which provides federal funding to demonstration projects that test the safe integration of automated driving systems into the nation’s roadway system.

Those grants aim to gather significant safety data to inform rulemaking, foster collaboration amongst state and local government and private partners, and test the safe integration of ADS on U.S. roads.