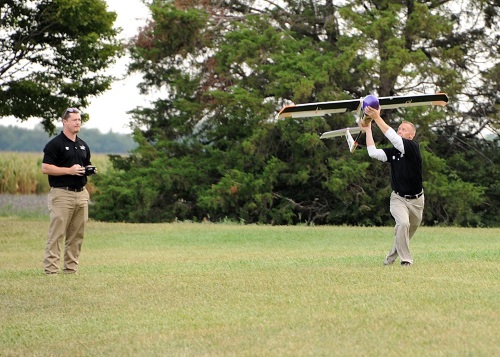 The Kansas Department of Transportation’s Division of Aviation received authorization from the Federal Aviation Administration on September 16 to conduct drone inspection test flights at Wichita’s Dwight D. Eisenhower National Airport, along with a waiver to conduct night operations at the airfield.

The agency – which is working in partnership with the Wichita Airport Authority, Kansas State University’s Polytechnic Campus, and George Butler Associates on this test flight effort – added that those unmanned aircraft systems or UAS inspection missions include everything from helping detect and remove debris from runways to reducing the chance of birds interfering with airfield operations.

“This FAA approval will significantly improve airport efficiency and safety,” said Bob Brock, KDOT’s director of aviation, in a statement. “We look forward to expanding Kansas airport inspection capabilities across the state and developing new capabilities to drive industry growth.”

The operations are part of the FAA’s UAS Integration Pilot Program or IPP, which involves nine regional efforts conducting advanced UAS operations aimed at generating “yield sufficient data” for an eventual federal rulemaking that “will result in access to new technologies for the nation.”

[USDOT Secretary Elaine Chao discussed those efforts in a speech at the Transportation Research Board’s annual meeting in January.]