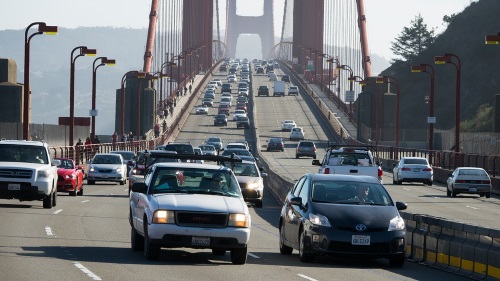 The National Highway Traffic Safety Administration and the Environmental Protection Agency took another step toward finalizing the proposed Safer, Affordable, Fuel-Efficient or SAFE Vehicles Rule by issuing a “final action” on September 19 entitled the “One National Program Rule” that enables the federal government to provide nationwide uniform fuel economy and greenhouse gas emission or GHG standards for automobiles and light duty trucks.

As a result, EPA said it is withdrawing the Clean Air Act preemption waiver granted to California in January 2013 as it relates to California’s GHG and ZEV programs. However, the agency emphasized that California’s ability to enforce its low emission vehicle or LEV program and other clean air standards to address harmful smog-forming vehicle emissions is not affected by this action.

“The One National Program rule … will ensure that there is one – and only one – set of national fuel economy standards,” noted USDOT Secretary Elaine Chao during a press conference on September 19. “No state has the authority to opt out of the nation’s rules, and no state has the right to impose its policies on everyone else. To do otherwise harms consumers and damages the U.S. economy.”

Chao also pointed out that the second part of the SAFE Vehicles Rule, which will set new national fuel economy standards, will be published in “the coming weeks.”

California, along with 24 state attorney general’s offices as well as those of the cities of Los Angeles and New York, promptly filed suit against NHTSA on September 20 to challenge the emission waiver rollback.

“California won’t bend to the President’s reckless and politically motivated attacks on our clean car waiver,” said Governor Gavin Newsom (D) in a statement. “We’ll hold the line in court to defend our children’s health, save consumers money at the pump and protect our environment.”

State DOTs on the Front Lines of Storm Preparations