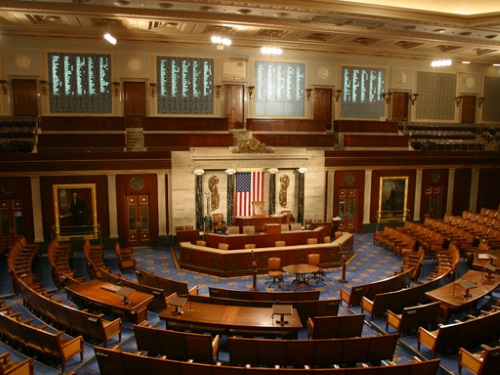 A continuing resolution or CR  from the House of Representatives that would extend federal government funding through November 21 and avoid a government shutdown at the end of September passed on September 19 by a vote of 301-123.

“While the House did its work, the Senate appropriations process is far behind. Because of this delay, we must pass a continuing resolution to avoid another government shutdown,” noted Appropriations Committee Chairwoman Nita Lowey, D-N.Y., in a statement.

Although the legislation modifies a number of federal health and human service programs, it does not include language repealing the $7.6 billion rescission of Federal-aid highway contract authority slated to occur July 1, 2020.

As such, the Federal Highway Administration is expected to calculate each state’s share of the rescission in October, based on final fiscal year 2019 balances.

Reflecting the urging of 41 transportation organizations,  Jim Tymon, executive director of the American Association of State Highway and Transportation Officials, said “while we were not successful in this attempt, we continue to build a foundation to get this done on another legislative vehicle.”

The CR, however, does contain Section 144 which will prevent a 12 percent reduction in transit funding derived from the Mass Transit Account within the Highway Trust Fund.

Those cuts would have been triggered by a budget control mechanism called the “Rostenkowski Test,” which is intended to ensure incurred financial obligations associated with transit contract authority does not get too far ahead of anticipated tax collections.

The latest quarterly Treasury Bulletin report would have triggered this mechanism as it estimated that the total amount of unfunded Mass Transit Account authorizations for fiscal year 2020 will be $27 billion while account tax revenues between 2021 and 2024 period will only total $26 billion.