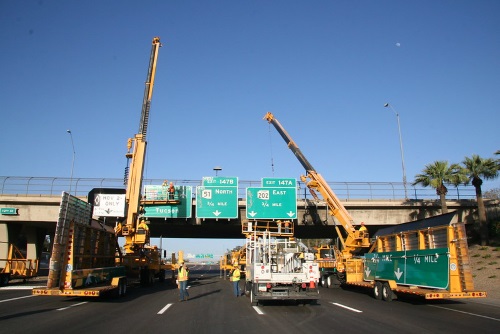 The American Association of State Highway and Transportation Officials joined 150 organizations in support of a letter sent to the U.S. Senate’s leadership calling for passage of a “robustly funded” surface transportation reauthorization bill well ahead of the September 30, 2020 deadline.

“Substantial and long-term investments in all kinds of infrastructure are needed to expand our economy, grow jobs and compete globally,” the letter said. “Passing a robust, long-term, on-time surface transportation bill is necessary to meet current infrastructure needs and begin to mitigate our nation’s infrastructure deficit.”

The letter – signed by the participants of the Infrastructure Working Group spearheaded by the National Association of Manufacturers – highlighted several key transportation infrastructure issues, including:

[Editor’s note: the NAM published a 44-page report earlier this year that said U.S. investment in infrastructure is now one-third of what it was in 1960; an inadequate level the group believes will lead to the loss of 5.8 million jobs by 2040.]

“We appreciate strong bipartisan support for various infrastructure initiatives over the years and hope momentum recently initiated by the Senate Environment and Public Works Committee can lead to a successful, bipartisan surface transportation reauthorization,” the letter added.