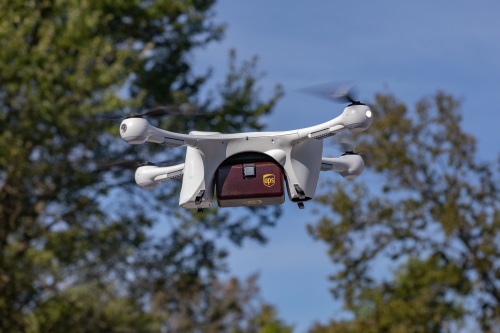 The Federal Aviation Administration awarded air carrier and operator certification to an unmanned aircraft system – commonly referred to as UAS or drones – on October 1 to a subsidiary of United Parcel Service called UPS Flight Forward.

UPS originally requested that certification – known as a Part 135 operating certificate – from the agency in July. It allows the company to perform revenue-generating package delivery activities and operate multiple drones under one certificate; even when flying beyond visual line of sight, the FAA noted in a statement.

However, Daniel Elwell, the agency’s deputy administrator, noted in Congressional testimony on September 26 that permitting such commercial activity of that type is only one of several key steps critical to safely integrating drones into the national airspace system, with another one being remote identification.

“Remote identification will be necessary for routine beyond visual line-of-sight operations, operations over people, package deliveries, operations in congested areas, and the continued safe operation of all aircraft in shared airspace,” he explained before the House of Representatives Committee on Transportation and Infrastructure Subcommittee on Aviation.

“It will also be foundational for the advancement of automated passenger or cargo-carrying air transportation, which is often referred to as Urban Air Mobility,” Elwell said. “With remote identification, the FAA and our national security and public safety partners will be better able to identify a UAS and its operator, assess if a UAS is being operated in a clueless, careless, or criminal manner, and take appropriate action if necessary.”

He added that remote identification is “the FAA’s highest priority UAS-related rulemaking effort” and that a draft Notice of Proposed Rulemaking on this subject is presently in Executive Branch clearance.