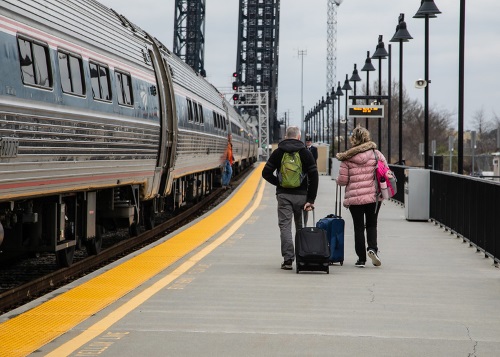 While one-fifth of all commuter rail agencies have fully implemented positive train control or PTC technology as required by law, the remainder may need more funding to help defray the costs state and local agencies face in complying with that federal mandate.

That’s the argument Paul Skoutelas, president and CEO of the American Public Transportation Association, put forward in his testimony at a House of Representatives Transportation & Infrastructure Subcommittee on Railroads, Pipelines, and Hazardous Materials hearing on September 24.

“PTC will cost commuter rail operators approximately $4.1 billion to implement and almost 90 percent of [that] cost is being borne by state and local governments and agencies,” he said. “In addition, PTC will cost an estimated $160 million each year to operate and maintain. For publicly-funded agencies that rely on federal, state, and local funding, as well as passenger fares to operate their service, these costs are staggering.”

Moreover, Skoutelas said those costs are in addition to the existing $90 billion backlog needed to bring the current public transportation system – including commuter railroad networks – back up into a state of good repair, according to U.S. Department of Transportation estimates.

“A recent survey of commuter railroad agencies found that many commuter railroads have state-of-good-repair needs that far outweigh their capital budgets, even before including the additional costs associated with implementing PTC,” he noted. “As a result, to fund PTC, commuter railroads have had to divert funds from other critical infrastructure and safety projects, such as replacing bridges … rehabilitating outdated locomotives, [plus] upgrading tracks and other safety systems.”

The U.S. Government Accountability Office noted similar issues in a report issued back in July, indicating that “vendor and software issues” are currently “major or moderate challenges” for PTC implementation, with more than half of railroads reporting that “interoperability” is also a “major or moderate challenge” that can be “complicated by software issues and coordinating host and tenant schedules,” among other problems.

All of this is also occurring amidst an uptick in public transportation ridership. According to APTA’s quarterly Transit Ridership Report,  Americans took more than 2.5 billion passenger trips on public transportation in the second quarter of 2019 – representing 11 million more trips compared to the same period last year.

“Mobility is a focus of communities nationwide and public transit is a safe, reliable and convenient option for tens of millions of residents. Every day, public transportation gets Americans to work, to education, and to healthcare,” Skoutelas noted in a statement.

“While trends fluctuate with driving patterns and gas prices, public transit systems continue to enhance the customer experience while also striving to innovate to meet the needs of our riders,” he said.