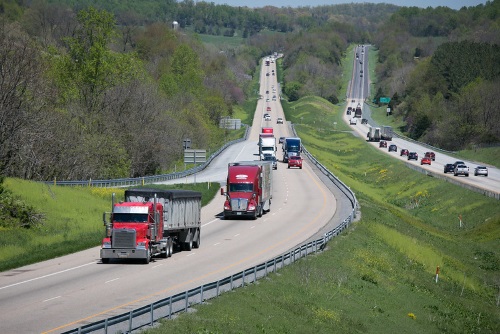 The growth in commercial truck freight could be put at risk by inadequate highway capacity; lack of funding for improving the freight network and a shortage of truck drivers.

That’s according to a new 37-page report issued October 3 by the national transportation research firm TRIP, which projects that freight moved annually in the United States by commercial trucks is expected to increase 91 percent in inflation-adjusted dollar value by 2045 and 44 percent by weight.

“It’s clear that the safe and efficient movement of goods and services depends on a well-funded national transportation system,” noted Jim Tymon, executive director of the American Association of State Highway and Transportation Officials in a statement. “Without strong investment from our federal partners, state departments of transportation won’t be able to meet the growing demands on the system.”

TRIP’s report emphasized several key aspects of the country’s freight transportation system, along with major trends affecting it, including: