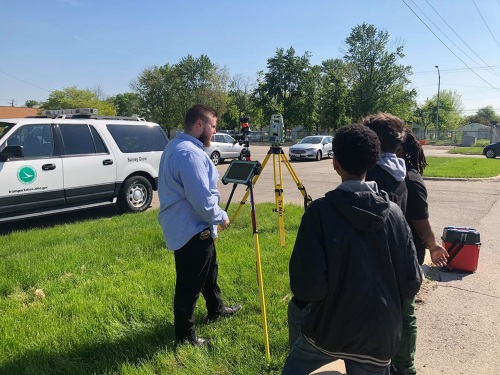 A state-level infrastructure report is reflecting in detail a growing national trend that links the ability to expand broadband access to leveraging assets such as highway rights-of-way – especially for rural residents.

InnovateOhio, in partnership with the Ohio Department of Transportation, issued a 16-page broadband access report on September 24 – a report commissioned at the behest of Ohio Governor Mike DeWine (R) in June – to provide a strategic plan for “improving and expanding broadband” across the state.

The key finding of that report is that the rights-of-way along state-owned interstate highways “hold considerable value” that can be “leveraged in order to expand broadband.” However, the report cautioned that there is no “silver bullet” and a variety of strategies should be employed to make sure every Ohioan has access to high-speed internet.

“Whether it’s connecting children to information at school or connecting smart vehicles to infrastructure, access to broadband is vital in the 21st Century,” said Jack Marchbanks, director of the Ohio DOT, in a statement. “ODOT has always played a role in helping connect our state and this is just another opportunity to do that.”

Ohio’s effort is part of a longer-term national trend to co-locate broadband assets along highway rights-of-way. While states do not support a strict federal preemption on how states can manage broadband deployment on their own properties, Carlos Braceras – executive director of the Utah Department of Transportation and 2018-2019 president of the American Association of State Highway and Transportation Officials – has noted in Congressional testimony that speeding up the federal permitting process for high-speed broadband deployment, especially in rural areas, would in turn facilitate “the merger of technology between motor vehicles and infrastructure,” leading to greater mobility and increased safety on the nation’s roads.

“An important component to advance roadway technology is the ability to create a digital highway with fiber optics to make our roads smarter and safer, benefiting surrounding communities, including underserved rural areas,” he stressed.

“The Utah DOT deploys conduit and fiber with every road project that makes sense and coordinates road projects with any telecommunication company that wants to partner,” Braceras added. “[But] the ability to be flexible is what makes these partnerships possible. Rigid regulations or mandates can remove the very flexibility that is needed, complicating implementation and adding unnecessary additional system costs.”