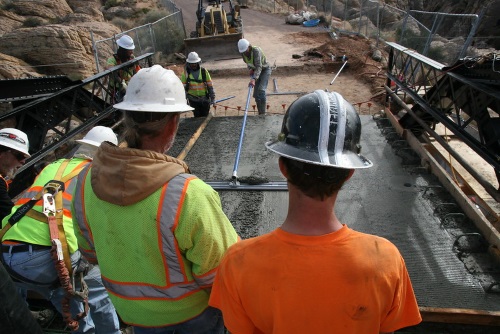 The U.S. Department of Transportation proffered a Notice of Proposed Rulemaking on October 2 that aims to establish a tribal transportation self-governance program – the result of what the agency is calling a “successful three-year negotiated consensus rulemaking process” between representatives of North American Indian tribes, USDOT, and the Department of the Interior.

USDOT said in a statement that “among the many benefits” of the proposed self-governance program is streamlining transportation funding distribution to North American Indian tribes – creating a “less onerous” regulatory framework while promoting greater self-sufficiency among tribal governments.

USDOT added that eligible tribes participating in the program would “attain greater autonomy in the management and delivery of transportation programs,” including by determining internal priorities, redesigning programs, and reallocating resources to more effectively and efficiently meet their needs.

The proposed rule would also streamline funding transfers for existing and future programs and grants that tribes may receive, while reducing “burdensome and costly regulatory requirements” by harmonizing applicable requirements – thus streamlining the delivery of transportation infrastructure.

This rulemaking effort builds off guidance incorporated in a report issued by the U.S. Government Accountability Office in April that highlighted “key factors” that “hinder effective consultation on infrastructure projects” between federal agencies and Native American tribes.

USDOT’s rulemaking is also the latest effort it has undertaken to overcome those issues. For instance, under the Nationally Significant Federal Lands and Tribal Projects program, the Federal Highway Administration this past June awarded $50 million to improve safety near the Salt River Pima Maricopa Indian Community in Arizona and $48 million to improve accessibility to the Navajo Nation in Utah.

State departments of transportation are also engaging in similar tribal-focused efforts. For example, the Arizona Department of Transportation hosted a series of forums this year in partnership with the Inter Tribal Council of Arizona to connect agency personnel with transportation officials and other representatives from tribes on matters ranging from enforcement of weight restrictions on state highways to sharing information from industry conferences.