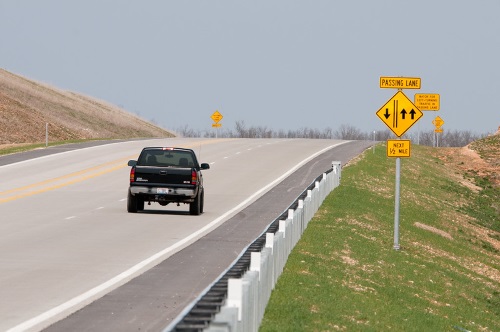 The American Association of State Highway and Transportation Officials unanimously passed a resolution at the organization’s 2019 annual meeting in St. Louis that established several key points as the industry seeks to eventually transition to new performance-based roadside safety device compliance measures in the coming years – an effort delayed by the lack of a national third-party organization willing to undertake responsibility for the testing and certification of such devices.

“Crash testing roadside safety devices such as guardrails has evolved over the years but FHWA [the Federal Highway Administration] made a policy decision not to provide this service to the states anymore,” explained Russell McMurry, commissioner of the Georgia Department of Transportation and chair of AASHTO’s Council on Highways and Streets at the meeting.

“We’re committed to work with FHWA to move to more performance-based specifications and they’ve agreed to issue [certification] letters until a new process has been jointly developed,” he said.

The issue centers around a jointly-developed implementation agreement to transition roadside safety devices from compliance with National Cooperative Highway Research Program guidelines to new ones contained within AASHTO’s Manual for Assessing Safety Hardware or MASH.

The last “sunset date” for implementing this agreement is December 31 of this year and very few roadside safety devices are MASH-compliant – with some testing facilities reporting a two-year backlog of tests.

Since such testing cannot be completed by the December deadline, AASHTO’s “MASH resolution” recommends that FHWA continue to provide for the review of crash test results and issuance of eligibility letters – which it has agreed to do, McMurry noted – until such time as a new process has been jointly developed.

The resolution also calls for states to be allowed to continue using NCHRP 350-compliant devices when MASH-compliant devices do not exist and do not meet a state’s given project needs as AASHTO and FHWA explore “shifting to a performance-based specification as soon as feasible.”