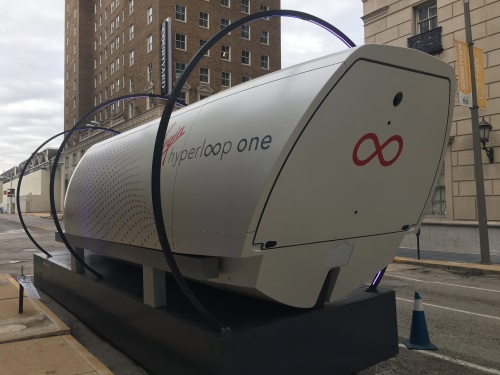 Establishing the hyperloop electro-magnetic transportation system on a regional and/or national basis may hinge on highway rights-of-way, viewed as the ideal footprint for constructing the low-pressure tubes that will contain the high-speed hyperloop pods expected to travel at 670 mph.

“How do we leverage the investment in the highway system that we’ve made? How do we take that investment to the next level? The way to do that is use it as an investment in the future of transportation,” explained Diana Zhou, director of project strategy for Virgin Hyperloop One, during a briefing at the 2019 American Association of State Highway and Transportation Officials annual meeting in St. Louis.

Andrew Smith, founder of the Missouri Hyperloop Coalition, noted at the briefing that a key reason his group is advocating for the construction of a hyperloop tube line between Kansas City and St. Louis is that the Interstate 70 corridor linking the two cities is “extremely flat and straight,” which is “ideal” for this mode of transportation.

[Below is a video explaining how the Hyperloop system works; details that Virgin Hyperloop also shared during a Congressional hearing last year.]

Yet he stressed that getting “potential access to highway right-of-ways” means “rules and laws to be changed” both at the federal and state level, which is why Virgin Hyperloop and the Missouri Hyperloop Coalition wanted to provide a briefing at AASHTO’s annual meeting.

“You guys [state departments of transportation] are arguably our critical audience and we need to understand the regulatory and financing concerns from the state DOT perspective,” Smith said. “The highway system was an amazingly bold vision [and] the majority of highway system has enough room for this system.”

He added that while the hyperloop is “significantly less expensive than high speed rail” it is “still really, really expensive” and that the U.S. “is not in an environment where taxpayers are willing to pay” the construction costs of establishing either a regional or national hyperloop network.

“So it comes down to public-private partnerships – while there will be some level of state, federal, local government investment, the vast amount of the money [to build the Hyperloop] must come from private sector,” Smith emphasized. “And the one risk the private sector not willing to undertake is public sector uncertainty – that is a gray area we cannot operate in.”

[Virgin Hyperloop said its XP-1 prototype has already undergone over 400 tests at a test facility located north of Las Vegas, seen in the video below. Zhou added at the briefing that her company is “readying a national request-for-proposal for all 50 states” to build a longer “certification” tube system that will allow it to meet regulatory and legislative transportation safety protocols.]

Yet he noted that roughly $40 billion earmarked for infrastructure investments is “sitting in Middle East sovereign funds” and that the U.S. provides a relatively safe and stable economy for such investment. “There is incredible value not just moving people faster but moving perishable goods faster, too,” Smith pointed out. “Take nuclear isotypes for medical use; they can lose half of their value in transportation process today.”

That’s only part of the value equation the system can offer, explained Virgin Hyperloop’s Zhou.

“It’s also the combination of efficient land use and energy use; airline speeds at nearly a tenth of the energy consumption that is 100 percent electric with no emissions,” she said. “It’s a [transportation] system designed to be safe – with at-grade crossings or one subject to turbulence that produces minimal noise due to the tubular network.”

Yet the ultimate advantage of the hyperloop, she stressed, is that “it will turn metro cities into metro stops” by minimizing transport times between major U.S. urban centers to 30 minutes in most cases.

“We define distance in today’s world by how long it takes to travel between two cities – a distance defined by driving time,” Zhou added. “Why should that still be the case? Hyperloop would change that paradigm; change the discussion about where work and live. It would open up more options for people, communities, and businesses.”

Based on a feasibility study completed last year, the Missouri Hyperloop Coalition’s Smith pointed out that turning cities into “metro stops” in such fashion “would be transformative” for a state like Missouri. “Instead of two cities like Kansas and St. Louis fighting over attracting jobs, company locations, and more residents, they would now combine to become a top 10 economic development region – competing against Boston, Denver, and other large metropolitan areas with that larger regional footprint.”