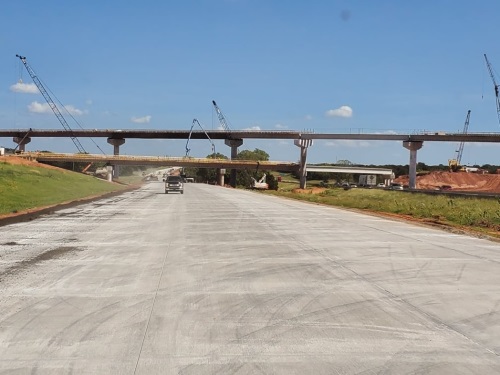 Tim Gatz, Oklahoma’s secretary of transportation and executive director of the Oklahoma DOT, noted in a statement that the agency’s eight-year plan – covering federal fiscal years 2020 through 2027 – continues to focus on replacing structurally deficient highway bridges as well as addressing older bridges before they develop deficiencies, along with improving two-lane highways with deficient shoulders and increasing the focus on improving good condition pavement miles.

“The metrics were selected to directly move the needle in three key areas,” he said.

“First, we must continue to replace and address bridges, not only to finish tackling structurally deficient bridges, but also to maintain good standing and stay ahead of the needs of our aging infrastructure,” Gatz noted.

“Second, we must improve two-lane highways with deficient shoulders to provide an added layer of safety when driver errors occur,” he pointed out. “And third, we must improve pavement conditions to increase safety as well as lower vehicle costs to the driving public. If we apply ourselves to these goals, we can make Oklahoma a ‘Top 10 State’ in these categories.”

To that end, the agency’s eight-year plan includes nearly $6.5 billion in federal, state, local and tribal transportation funding that includes three main goals: ensuring that less than 1 percent of the state’s highway bridges are “structurally deficient” by 2020 and keeping it at that level into the future; decreasing the number of two-lane highways with deficient shoulders by 10 percent by 2023; improving the amount of good condition pavement miles by 10 percent by 2023.

[As an aside, the Oklahoma DOT released a video last year explaining how it uses glass beads to improve highway striping reflection capability at night and in rainy weather.]

“Though not all equal in size or scope, each of these three infrastructure plans is a vitally important road map for the department and the counties working hand in hand to address separate parts,” Oklahoma DOT’s Gatz said.

“By following these plans, our state’s largest asset – its roads and bridges – is being preserved and replaced consistently, which makes our transportation network safer, more efficient and more effective from county roads all the way to the interstates,” he emphasized.