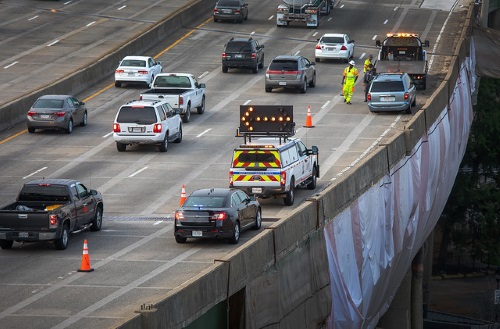 “We need to do more to respond to the alarming rise in first responder roadside deaths,” Sen. Durbin said in a statement.

[The video below produced by the Nevada Department of Transportation last year explains the importance of “Move Over” laws to the lives of those working on the highways.]

“Across the country, and right here in our communities in Illinois, we have seen too many preventable tragedies occur during stops along major roads and highways,” Rep. Bustos added. “We must do more to ensure our Move Over laws are followed, protect our first responders and save lives – which is what makes this new legislation so important.”

As of October, there have been 29 auto-related first-responder deaths nationwide in 2019, as opposed to 21 at the same time last year – and Sen. Durbin noted that recent studies indicate more than 70 percent of Americans are unaware of Move Over laws like Scott’s Law in Illinois, which requires motorists to slow down and, if possible, move over when they see a parked squad car, fire engine, or ambulance with flashing lights, even though all 50 states have Move Over laws.

To change that, he said the Protecting Roadside First Responders Act would establish move over law education and compliance as a national highway safety priority under existing NHTSA programs – allowing states to apply for grant funding to execute move over law awareness campaigns, and to equip vehicles with digital alert and crash avoidance technology.