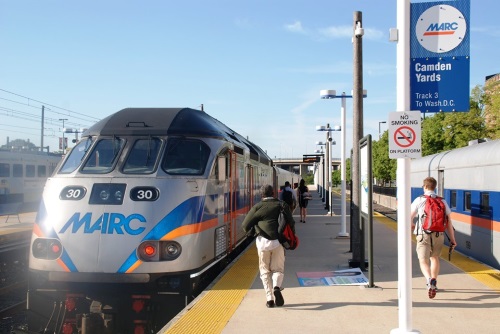 A new joint study conducted by the American Public Transportation Association and the National Association of Realtors found that the median sale price for commercial and residential properties located within a half-mile of public transit services was higher than those located farther away.

[Above photo by the APTA.]

Commercial property values experienced similar gains in four of the regions in the 56-page study, with median sales price per square foot increasing between five and 42 percentage points in areas located close to public transit.

[Editor’s note: Jim Tymon, executive director of the American Association of State Highway and Transportation Officials, touted the broader spectrum of benefits provided by public transportation in a joint editorial with Paul Skoutelas, APTA’s president and CEO, in August.]

Data compiled by the report also showed that residents of transit-oriented areas in those seven regions experience lower transportation costs – with an average annual savings of $2,500 to $4,400 for the typical household – had higher access to jobs, and were less likely to own cars. In fact, one in four households in close proximity to transit do not own a vehicle, according to the study.

In particular, the presence of fixed-guideway public transportation – such as rail and bus rapid transit – had a “strong correlation” to higher property values. The findings of this report show that for the regions studied, the average increase in sales prices of properties within the “transit shed” – typically a half-mile from stations – exceeded that of those outside of the transit shed.

“The findings of this report should make it even clearer that public transit’s benefits go beyond moving people from point A to point B,”  noted APTA’s Skoutelas in a statement.