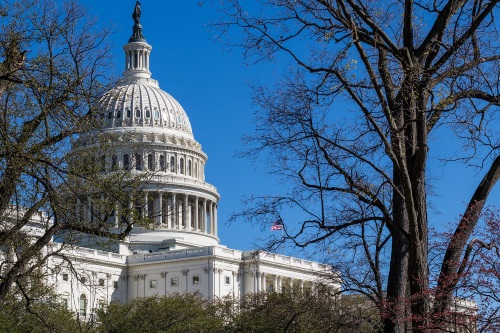 A House of Representatives Transportation & Infrastructure subcommittee hearing primarily focused on the future opportunities and challenges posed by transportation network companies or TNCs – such as ride-hailing firms Uber and Lyft – segued at points to discuss broader transportation funding issues.

“No matter how you slice or dice the numbers, America is not doing nearly enough to invest in our transportation networks. As a country, we are not investing in ourselves and in our neighborhoods or in the next generation of transportation solutions that will improve every family’s livelihood,” explained Karen Freeman Wilson, Mayor of Gary, Indiana, in her written testimony before the House Subcommittee on Highways and Transit.

“Today, even the status quo is at stake with the inadequacy of revenue in the Highway Trust Fund … and the looming $7.6 billion rescission of [Federal-aid highway] contract authority,” she added. “So we hope that Congress is not only encouraged but emboldened to fix federal transportation funding, invest in mobility, innovation and safety that is more than the status quo, and to partner with local communities in new ways in the next reauthorization.”

Repealing the rescission – slated to occur in July 2020 – has lately been a focus point for a wide array of organizations, including the American Association of State Highway and Transportation Officials, which co-signed a letter with 41 other groups in September calling on Congress to eliminate it.

Rep. Eleanor Holmes Norton, D, the subcommittee’s chair and at-large-representative for Washington D.C., noted in a statement that the reason for the hearing stemmed from “new questions on best practices, convenience, congestion, accessibility, labor practices, and appropriate oversight and regulation” of TNCs.

“As state and local governments struggle to integrate new modes of transportation into their networks, Congress must take an active role ensuring safety and accountability for the needs of the traveling public,” Norton said.  “This hearing will be a much-needed opportunity to air all these issues as we continue to work on a new reauthorization of the surface transportation bill.”

Yet Mayor Wilson – testifying on behalf of the National League of Cities – added that as Congress looks to reauthorize funding of “essential transportation programs,” it should “look at the infrastructure landscape and acknowledging that transportation is changing; and your investment strategy should change with it.”

From TNCs and bus rapid transit systems, to micro-mobility, shared cars, as well as autonomous shuttles and buses, the “transportation model of the future” will be shared, connected, and fleet-driven, she argued – noting that the use of micro-mobility platforms such as electric scooters doubled from 2017 to 2018 to 84 million trips.

[As an aside, the Utah Department of Transportation is conducting a 12-month autonomous shuttle bus pilot program at various locations throughout the state – all-electric shuttles that don’t have a driver’s seat, steering wheel, or a brake pedal.]

“While TNCs are not so different from their taxi, van, or limousine service predecessors, they demonstrate clearly how technological advances can lead to new business models that hold the potential to combat some of society’s most pressing challenges – transportation’s contribution to climate issues, congestion that is gridlocking our regions, and the connectivity of all people, of all abilities and areas, to be able to engage in their communities,” Mayor Wilson noted.

AASHTO and the National Conference of State Legislatures also entered into the hearing records a joint letter from July that addressed penalties incorporated into the “Sami’s Law” bill, which would require states to implement mandatory vehicle identification procedures for TNC drivers and customers.

That national legislation – aimed at improving ride-hailing safety – contains a one percent reduction in federal highway funding if states do not quickly implement those mandatory identification rules for TNCs.

Introduced in June by Rep. Thomas Suozzi, D-NY, and Rep. Chris Smith, R-N.J., the proposed “Sami’s Law” bill – short for “Stop, Ask, Match, Inform” – also honors the memory of Samantha “Sami” Josephson, a New Jersey resident and University of South Carolina student who in March mistakenly entered a car she thought was her rideshare and was subsequently murdered by the driver, who was pretending to be an Uber operator.

“The potential loss of billions in federal funding every year would almost assuredly result in a less safe transportation system, leading to a rise in additional motor vehicle traffic fatalities, seemingly the opposite goal of your bill,” AASHTO and NCSL stated in their joint letter.

The two organizations added that an “alternative approach” could be to “incentivize states to achieve the outcomes sought [in Sami’s Law] in order to promote state action on this issue while ensuring and adhering to principles of federalism.”