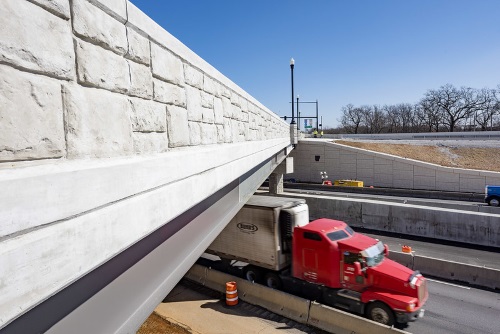 A 43-page report issued by the Congressional Budget Office on October 17 examines whether a federal vehicle miles traveled or VMT tax on commercial trucks can help sustain the Highway Trust Fund, which the CBO projects will be “exhausted” of funding by 2022.

“A federal VMT tax on trucks could provide additional revenues to the HTF; it could also substitute for existing taxes on trucks that are credited to the HTF,” the agency noted in a statement. “However, implementing a VMT tax would impose greater costs on the federal government and trucking companies than increasing existing taxes.”

To successfully establish a truck VMT tax, the CBO said in its report that lawmakers would have to consider the tax base, the structure of the tax rates, and how the tax would be implemented. The agency added that it analyzed 2017 truck traffic data to examine how differences in those three factors would have affected VMT truck tax revenues in that year.

First, the agency said two key choices need to be made about the VMT truck tax base: which type of commercial trucks would be taxed and from what roads – all public roads; just interstate highways and other arterial roads; or interstate highways only – would mileage data for the VMT tax be gathered.

Second, a uniform tax rate could be applied to all travel by all trucks included in the tax base. Alternatively, the miles traveled by trucks could be taxed at different rates on the basis of one or more factors: vehicle type or configuration (such as single-unit versus combination truck), vehicle weight, or weight per axle, plus location or location and time of travel.

Finally, the issue of how “taxable mileage” by trucks gets assessed revolves around three main technological options: gathering data via odometer readings; using radio-frequency identification or RFID readers to tally mileage data; or use some sort of onboard device.