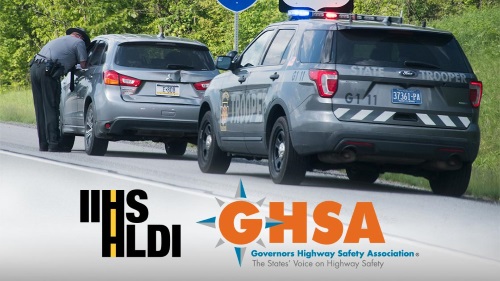 The Governors Highway Safety Association and the Insurance Institute for Highway Safety plan to work with the National Road Safety Foundation to support a state-based speed-management pilot program via one or more grant awards in 2020.

The reason: More than 9,000 fatalities in 2018, or 26 percent of all crash deaths, were speed-related according to data recently released by the National Highway Traffic Safety Administration. High speeds increase the likelihood of a crash because it takes a driver longer to stop or slow down, IIHS noted, and also make collisions more deadly because crash energy increases exponentially as speeds go up.

“Our three organizations are teaming up because we need to rethink how we address speeding,” GHSA Executive Director Jonathan Adkins said in a statement.

“We will be taking different approaches like engineering, enforcement, and community engagement and breaking them out of their silos to more effectively target speeding and ultimately change the prevalent culture around this dangerous driving behavior,” he added.

State agencies will be eligible to compete for the grant by proposing an interdisciplinary, community-based program that combines proven and innovative countermeasures from the areas of engineering, high-visibility enforcement, communications, advocacy and policy, noted IIHS President David Harkey.

“The program aims to follow the example of the national Click It or Ticket program on seat belt enforcement. That program started as a successful pilot project in North Carolina and was eventually scaled up nationwide,” he noted.

Both IIHS and GHSA said this speed-management project grew out of an April 2019 national forum they hosted that brought together a diverse group of stakeholders to discuss ways to address the speed problem. Highway safety advocates, researchers, and local, state and federal officials spoke about how enforcement challenges, rising speed limits, and public acceptance of speeding have added new urgency to the problem.

“Speed has remained a leading fatal crash factor for decades and there is no way we will get to zero traffic deaths without prioritizing this persistent highway safety threat,” added Michelle Anderson, NRSF’s director of operations.

To provide states and communities with more details about the new grant program, GHSA and IIHS will host an informational webinar on Thursday, Nov. 14, from 2 p.m. to 3 ET.