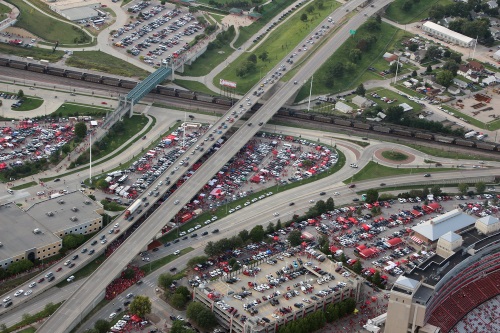 The Nebraska Department of Transportation released its 36-page 2018 Annual Report on October 17, which highlighted a number of transportation system improvement efforts being undertaken by the agency – especially ones aimed at improving freight throughput and truck parking.

[Above photo by the Nebraska State Patrol.]

The agency noted in a statement that Nebraska’s crash rate of 1.7 per 100 million vehicle miles held steady for the fourth year and remained below the national average. A new tactic deployed in 2018 now allows mandatory Driver’s Motor Vehicle Crash Reports to be submitted to the Nebraska DOT electronically rather than on paper.

“With more than 50,000 reports submitted annually, the system leverages efficiencies and innovation in technology to improve customer service,” the department said.

Other key transportation improvements deployed by the Nebraska DOT in 2018 include: